Don’t be confined by your bedroom walls; these space-defying HDB bedrooms are proof that you can achieve more with some creativity 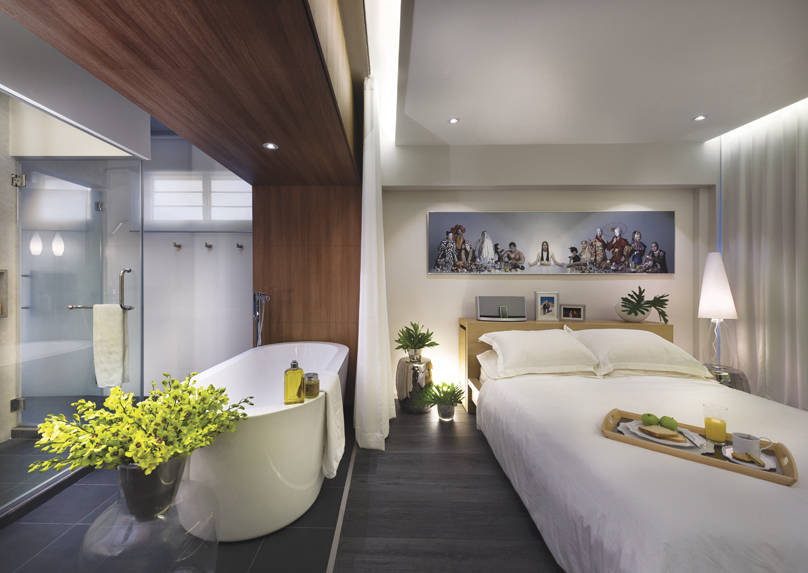 We hear you. Sometimes you look at pictures of homes and it’s hard to believe that they’re actually achievable in Singapore’s own space-starved HDBs. This is especially true for the bedroom. Before you even move in, you more or less already know where the bed will be, and where you need to place the wardrobe. Even Singapore interior designers know that there’s not much leeway for space planning. 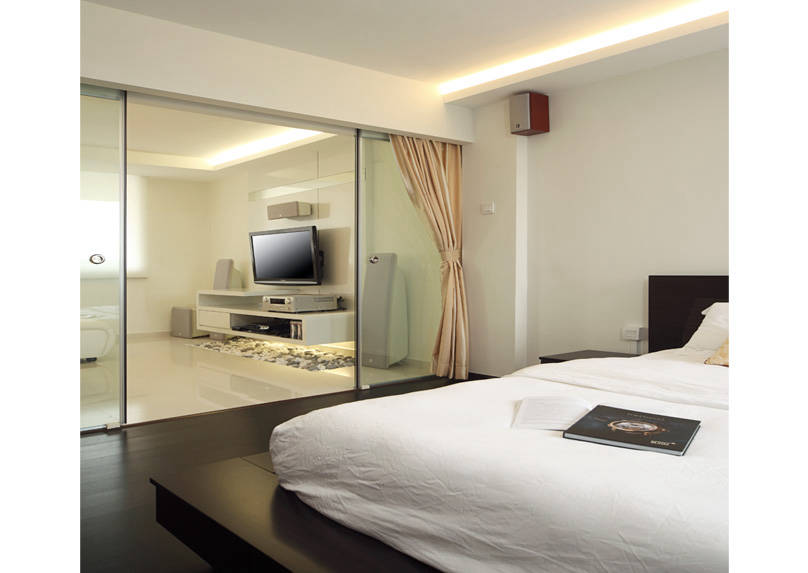 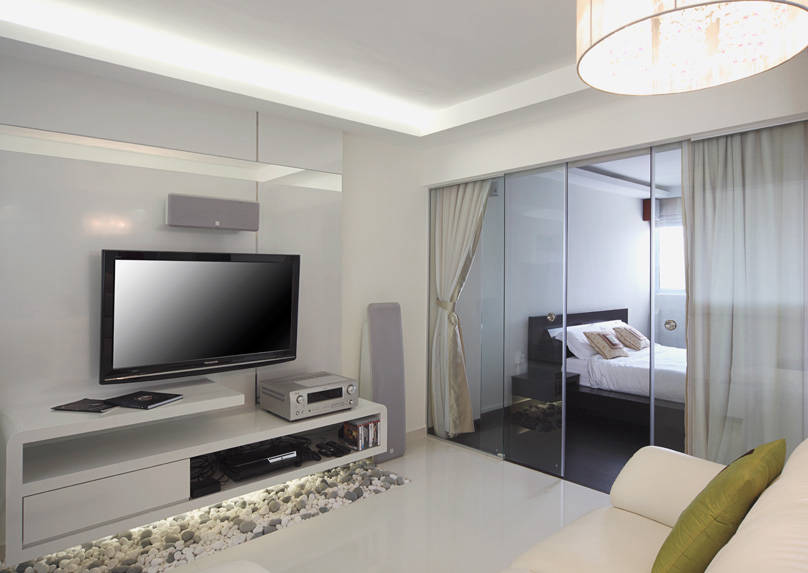 The typical HDB bedroom is dark and crammed, and you probably feel like there’s not much you can do to visually increase the space. In this 3-room HDB, the designers replaced a single wall with sliding glass partitions that look out into the living room. This major change does wonders not only to the bedroom but to the entire home: the sleeping quarters no longer feels constrained even though its floor space hasn’t changed; and the rest of the home benefits greatly from the natural light coming through the bedroom windows. 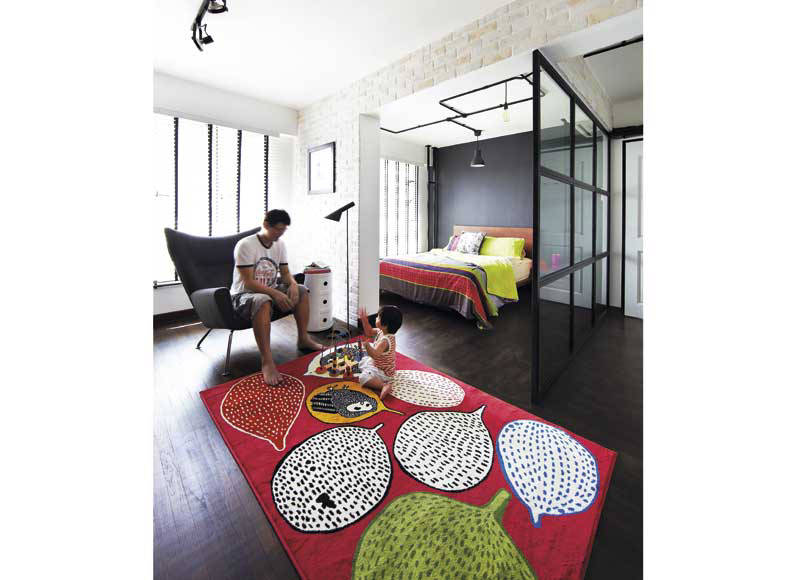 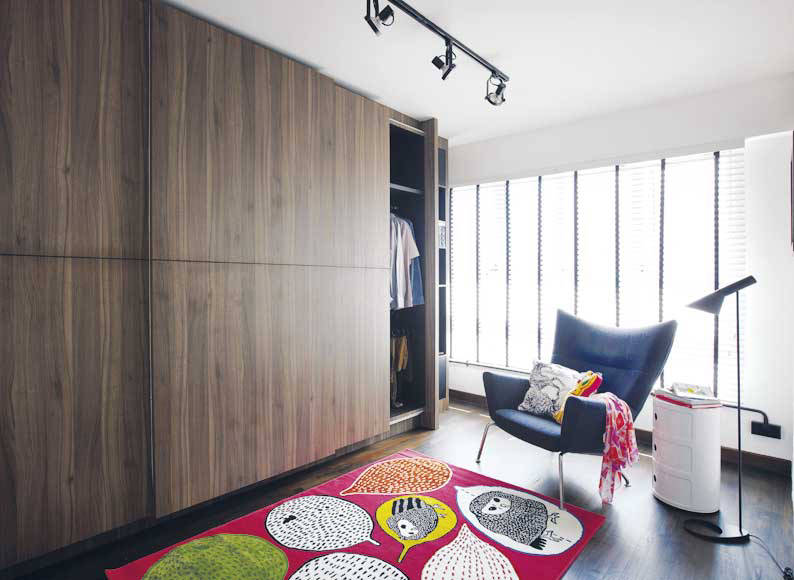 This is another 2-in-1 bedroom that might make you reconsider the limitations of a HDB floorplan. The design team from Home Journal combined two rooms to create this bedroom/wardrobe combo, the prime solution for homeowners who have a spare bedroom and a need for larger wardrobe space. We really like how the owners decided to keep the space clear and uncluttered. In the future, it can be easily converted into a nursery, playroom and eventually, a kid’s room.

This bed & bath combination looks too good to be true! Interior designers Three-d Conceptwerke merged rooms and carved out a cosy boudoir complete with a bathtub that sits in the middle of the newly expanded room. Now, not everyone may be comfortable with the idea of an open-concept bathroom, but even hotels are doing it now. Need a little more privacy? We like how you can draw the curtains to visually separate the two areas. 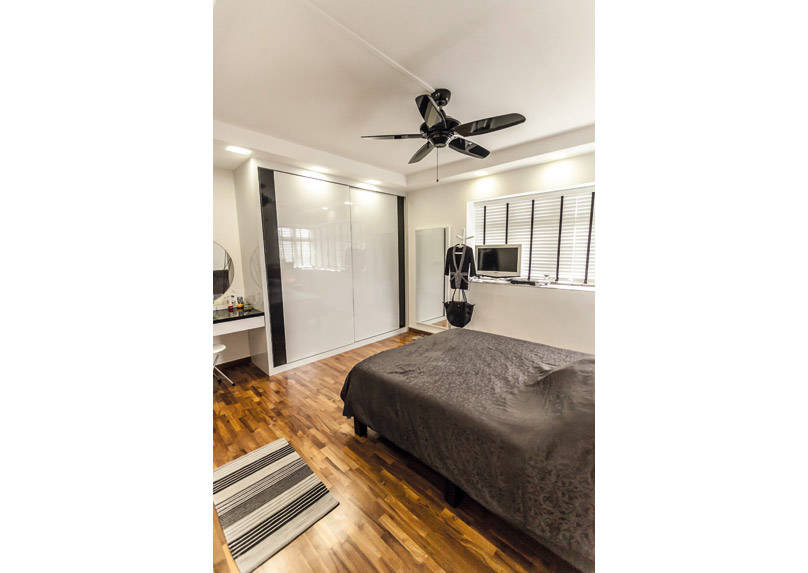 One of the biggest reasons why your bedroom feel so small is because you want to squeeze everything into a limited space. The modern bedroom has multiple functions, multi-tasking as a changing room, a study, a TV room and more. At the end of the day, there’s barely any space left. In this HDB flat designed by Elementz Design Studio, the designers made sure that the bedroom is still a multipurpose room, but everything has its place. The bed takes centrestage, of course, with the dressing table tucked into a corner and the TV perched on the window ledge. 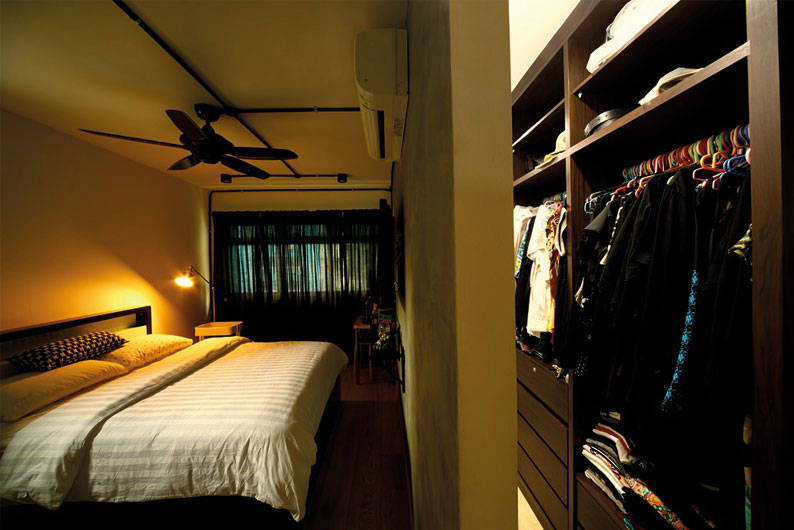 If you have a small bedroom, then a walk-in wardrobe shouldn’t be at the top of your priority list. In fact, you’re better off without the space-hogging feature! After all, not everyone can afford to knock down walls or combine rooms. But this 5-room HDB designed by Dots N Tots proves that you can still have a walk-in wardrobe… Instead of tearing down walls, the designer built a new one. The wall slices off a portion of the bedroom, which leaves just enough space for a bed and walking room around it. But what the owners receive in return is a partitioned walkway that is then fitted with shelves, racks and hanging rods. What a great way to carve out a walk-in wardrobe in the bedroom!