These outstanding HDB flats designed by some of Singapore’s top interior designers will have you question your current living space.

In fact, see for yourselves these amazing HDB homes that have been redesigned by some of Singapore’s top interior designers. These are also the six shortlisted projects that are in the running to be named “Outstanding HDB Flat” at Lookbox Design Awards 2018.

Want to see them all? Book your tickets to the Lookbox Design Awards 2018 Gala Night happening on Thursday, 22 November at Shangri-La, Singapore.

#1 A Cantonment Road Apartment by SUJONOHUN 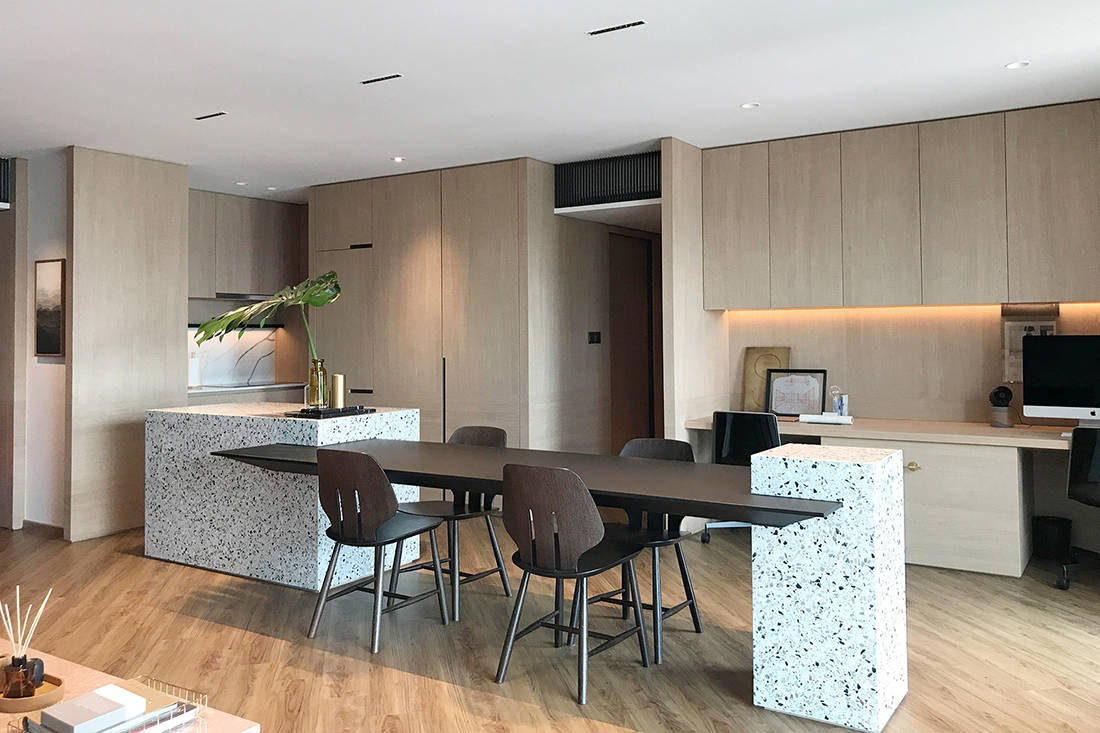 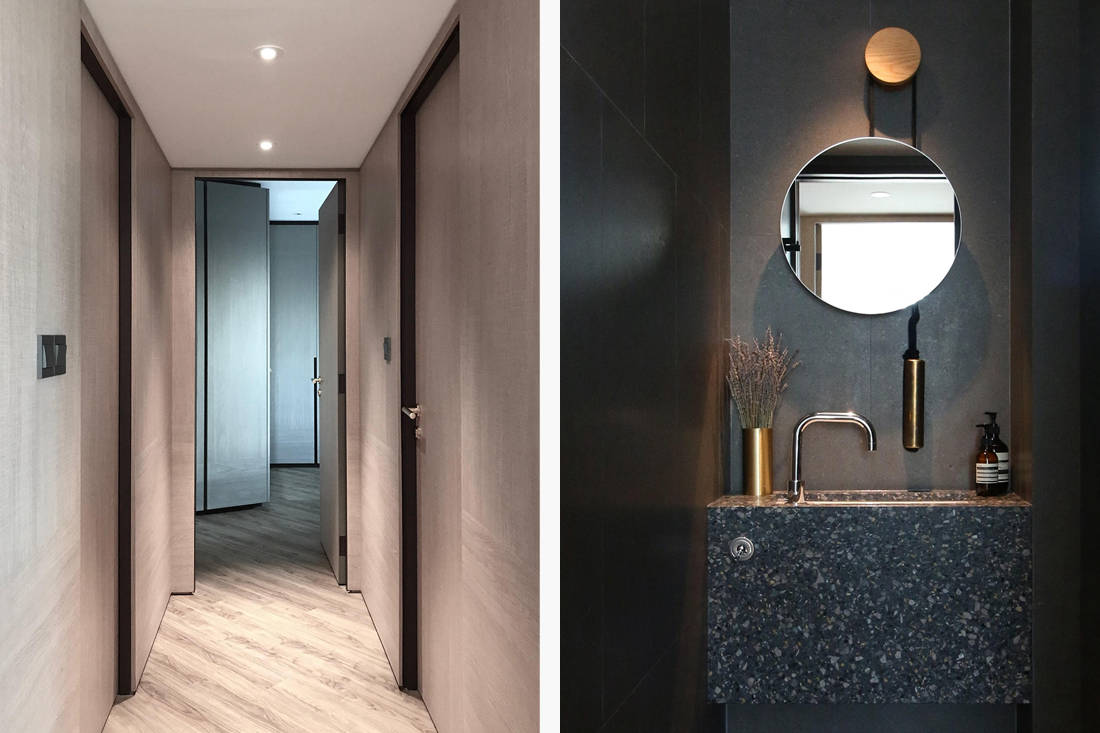 Designed by SUJONOHUN to address current and near future needs, the non-conformist spatial layout of this 4-room flat features a long dining table in the heart of the space, which also serves various functions, and blurs the boundaries between the kitchen, dining and living areas. Woodgrain laminates are heavily used throughout to create a warm and cosy environment. Dimmable lighting further adds to the overall ambience. 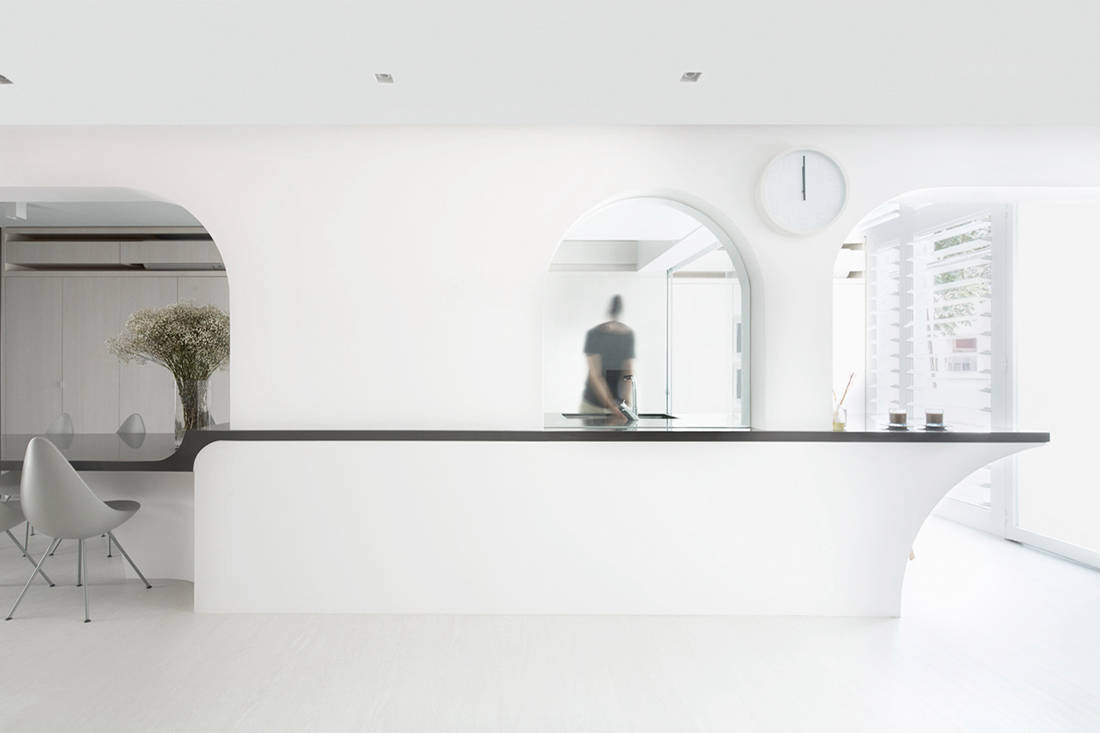 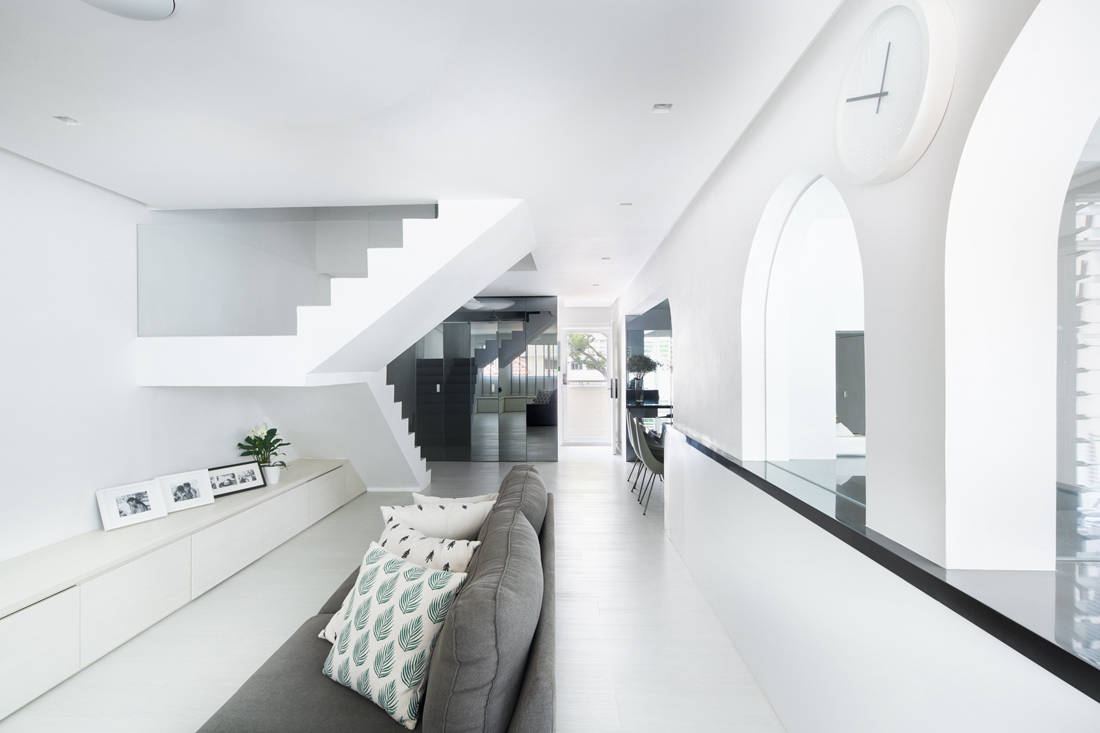 Having lived in dark messy apartments, a family of five asked ASOLIDPLAN to design an open and seamless family space bathed in natural light and filled with family interaction. As such, a predominantly white colour palette is adopted and mirrored walls are introduced throughout. The rooms on the first storey were gutted and redistributed along the perimeter. Anchoring the maisonette is a continuous table, kitchen island and breakfast counter. See full project feature here. 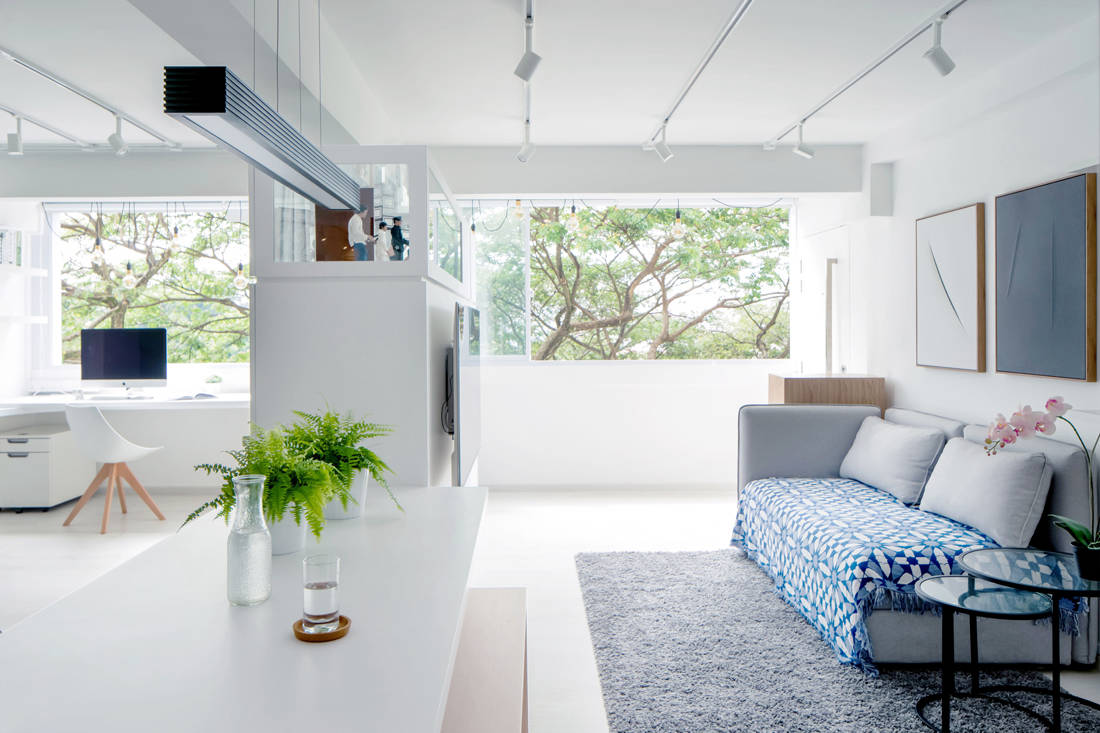 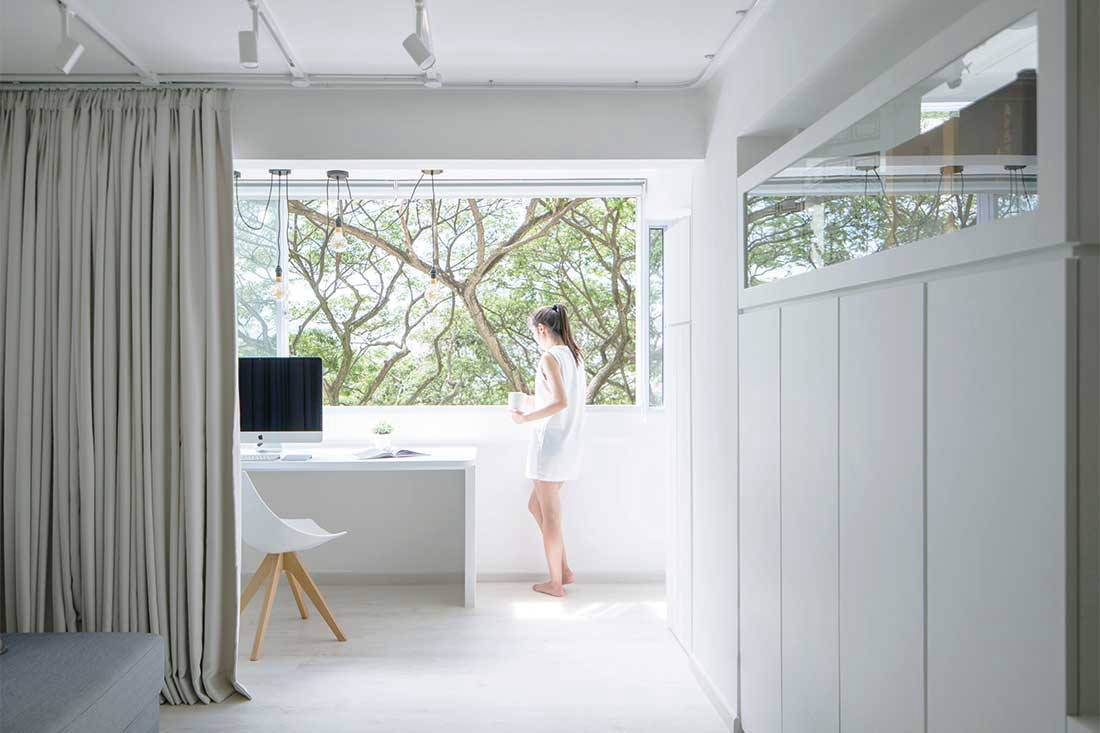 In an attempt to express physical and visual connections within the apartment, ARKHILITE introduced a new layout with a set of walls to delineate the common and private areas diagonally on a plan. This expanded the floor area of the master bedroom and effectively created a direct path between the bedroom and the en suite, which was previously not possible. Glass panels are also installed in the living areas and master bedroom to capitalise on the views of the rain trees outside. See full project feature here.

#4 House in a flat by nitton architects 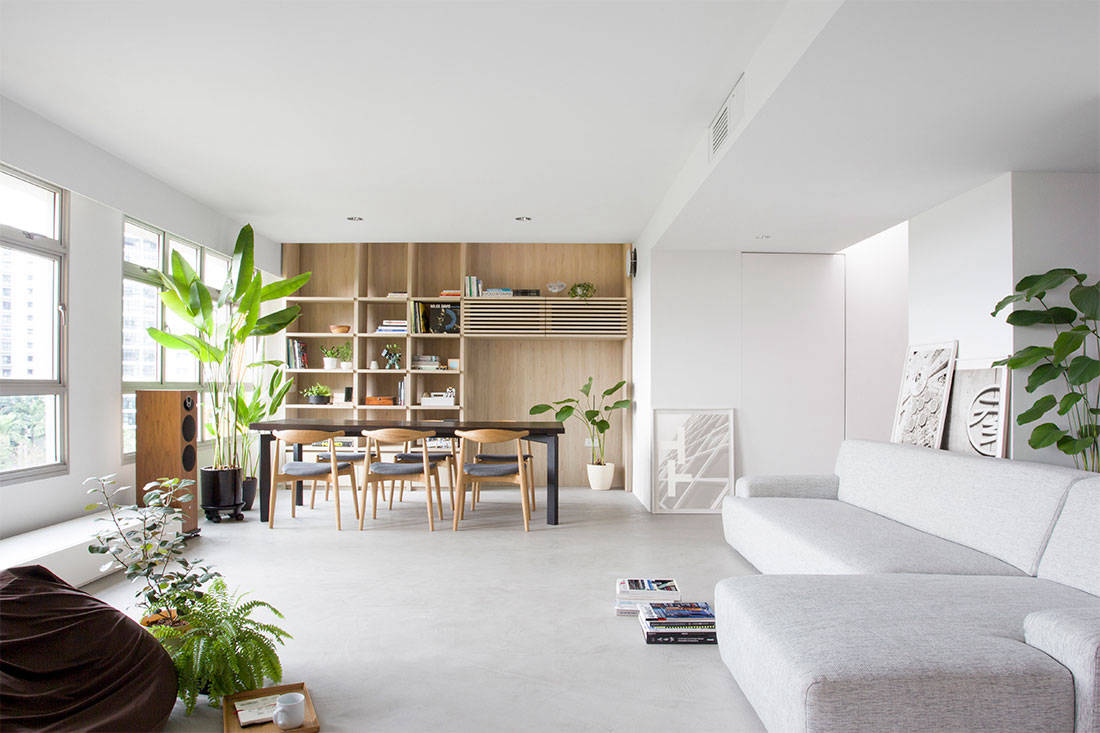 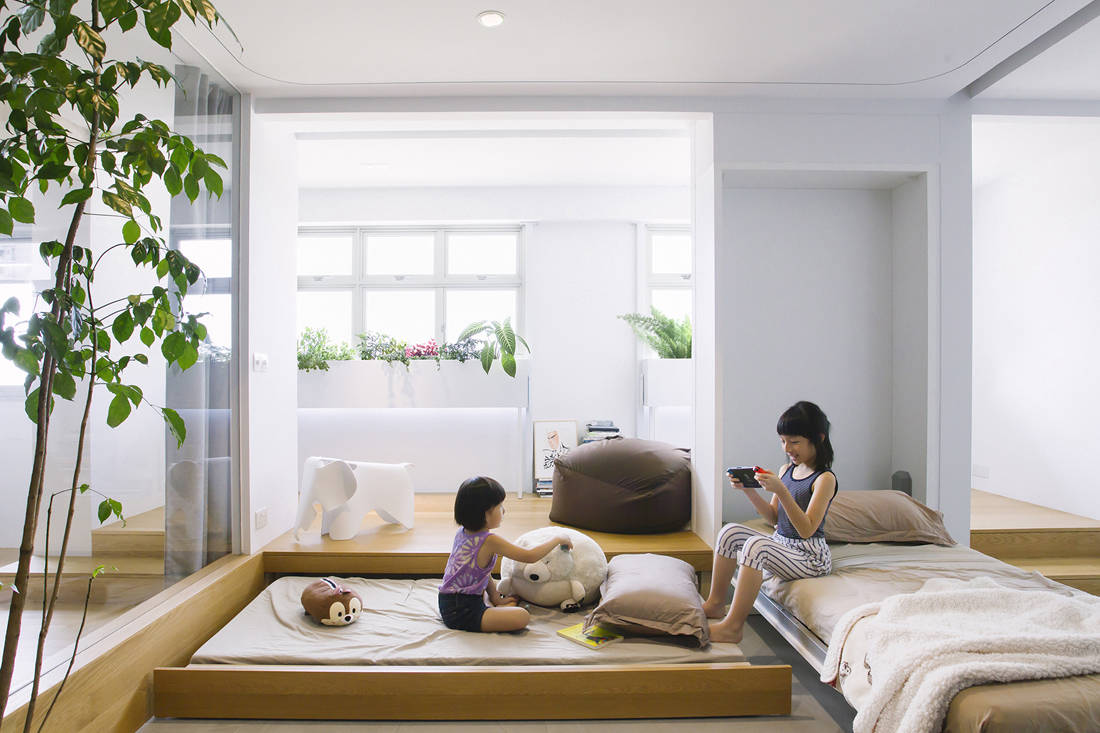 To create the experience of living in a landed home, nitton architects decided to remove every non-structural internal wall in this 5-room flat. The redrawn plans gave rise to living spaces that were more open and fluid, and included an indoor garden and a guest room that can be flexibly enclosed or opened to combine with the larger living area as desired. See full project feature here.

#5 Rekindly by Uno by UNO Interior 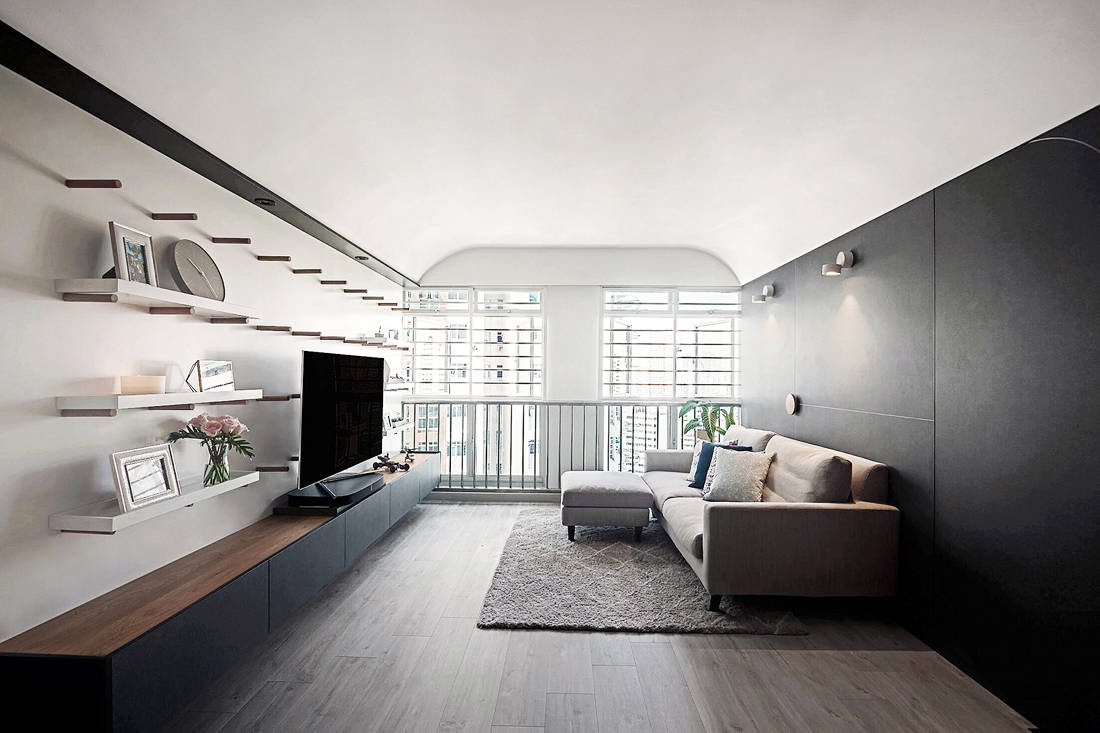 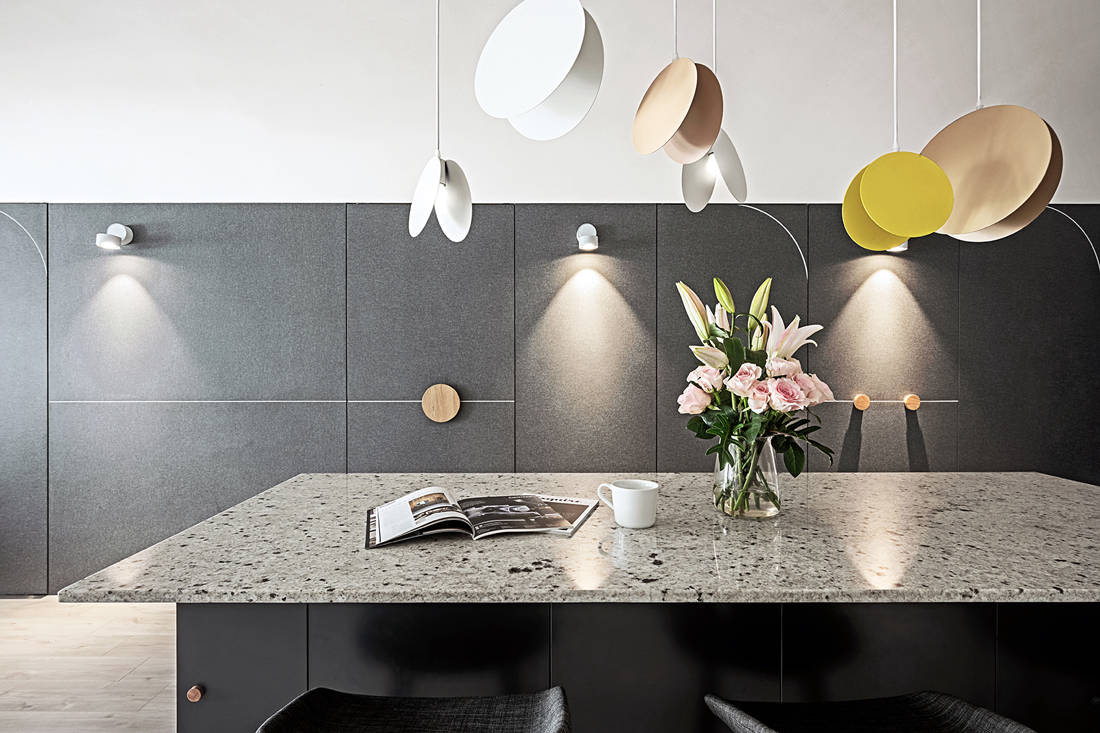 Home to a couple with three kids who embraces the minimalist movement, UNO Interior conceived a flat that is void of anything unnecessary yet still boasts plenty of storage space. Functional aesthetics are put in place such as the pegboards that line the the walls of the living room and children’s bedrooms, as well as a curved false ceiling to conceal air-conditioning pipes. 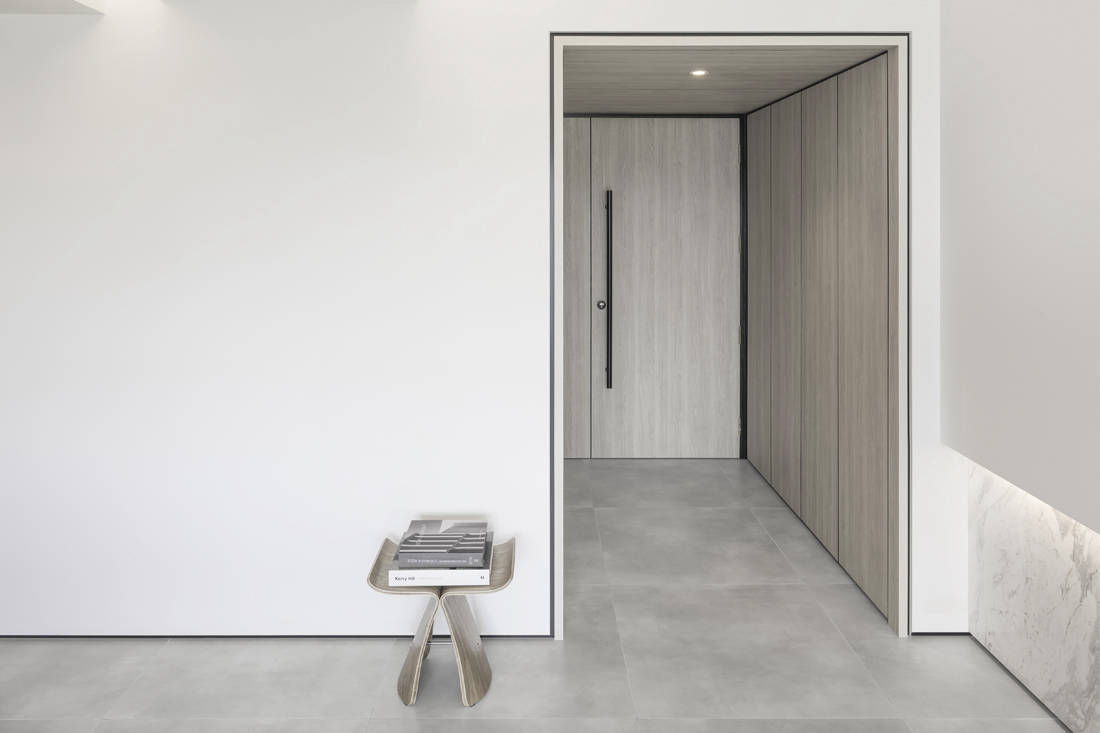 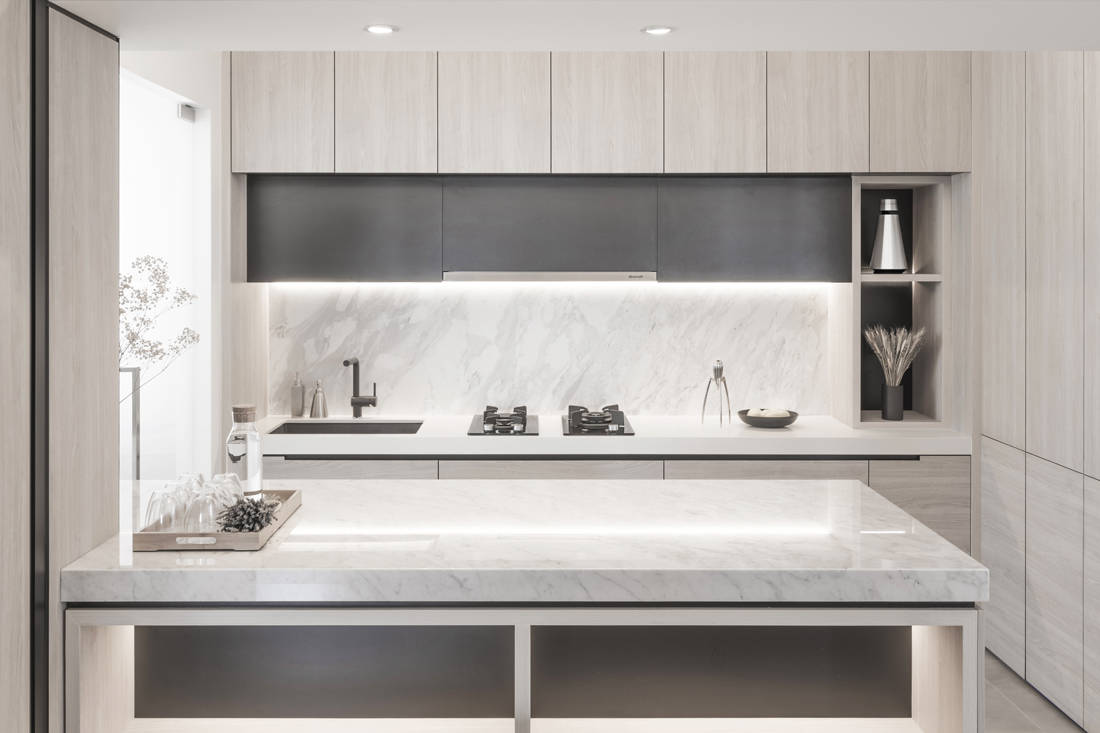 The brief called for a space that could accommodate the practicality of a small family of three and yet has a spatial language that can withstand the test of time. As such, Right Angle Studio made sure the design consists of a few concealed door panels which acts as a cover for areas like the storeroom, common bathroom and shoe storage areas. Using the panels allowed the space to incorporate functional storage compartments within a small apartment, yet maintaining the overall clean lines at the same time.