In the 50th anniversary of the iconic lighting fixture, Louis Poulsen expands Panthella’s sizing and finish options in a tribute to its imaginative creator – the acclaimed Danish architect, designer and visionary, Verner Panton.

Panton’s ambition to inject creativity into the monotonous and conformist reality of his contemporaries had a tremendous impact on modern design. Resolutely committed to the idea of creating daring designs, he didn’t shy away from bright colours, geometric forms and organic lines. On the contrary – his pioneering use of materials, colours, and shapes earned him the title of one of the most influential creators of his time. And to this day it continues to make his designs profoundly relevant – particularly when it comes to his lighting legacy. 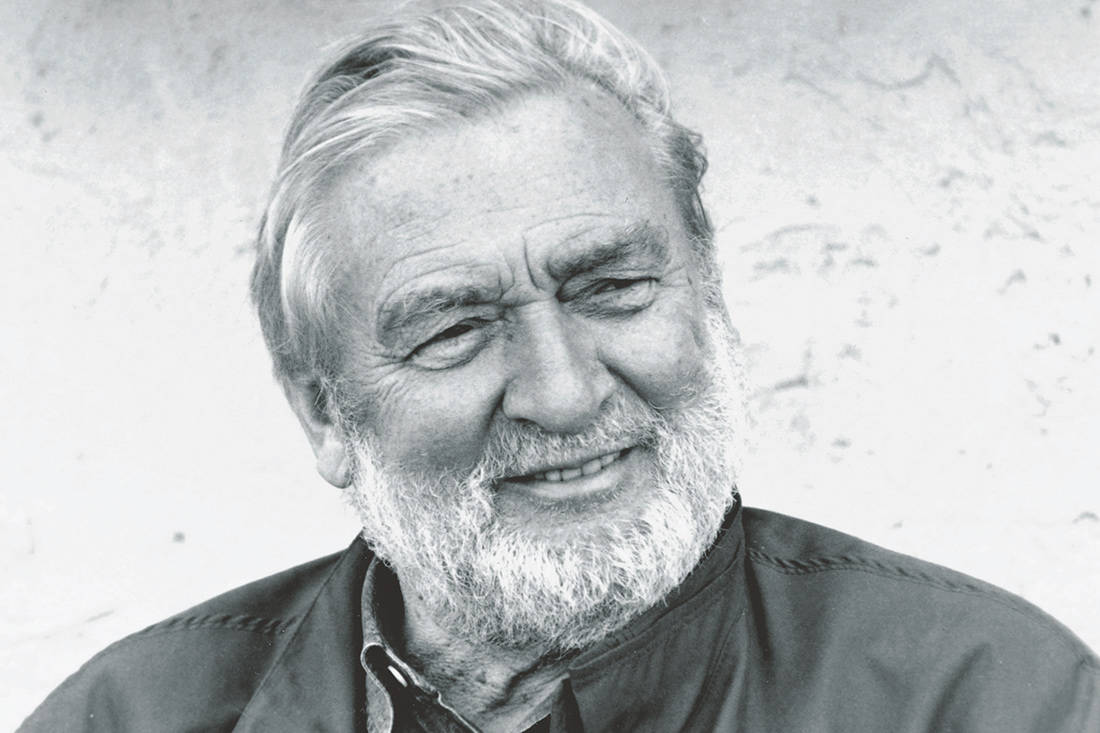 Thanks to his unparalleled faith in the limitless potential of form and deeply rooted commitment to functionality, Panton created a series of lamp designs unlike any of his fellow Scandi peers’. In contrast to craftsmen like Poul Kjærholm or Børge Mogensen who centred their traditional design practices around classic, natural materials, Verner Panton worked with plastic, foam and plexiglas, pushing the boundaries of available production methods.

Designed in 1971, Panthella is the most significant epitome of his approach to design and perceived function of light. Developed with Louis Poulsen – which Verner started collaborating with in the 1960s – the lamp is considered one of his most notable creations. Panthella embodies Panton’s experimental spirit and uncompromised loyalty to design’s usability in a perfect balance of form and function. 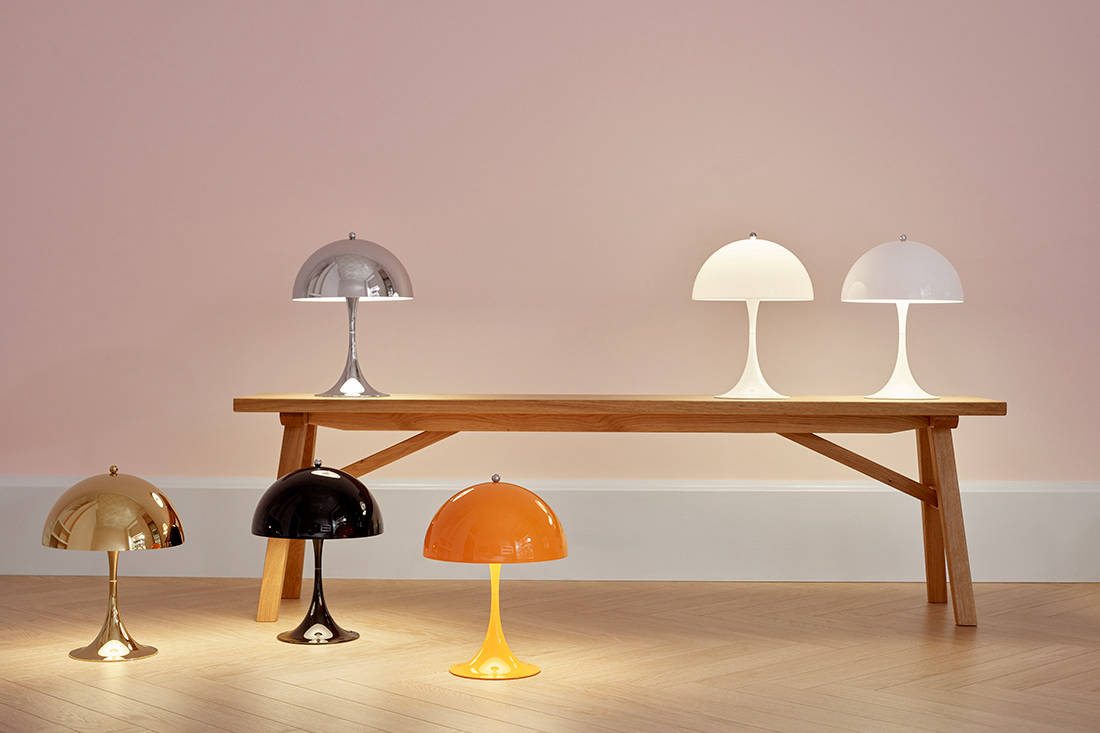 Easily confused for a sculpture, the lamp’s expressive, contemporary, mushroom-like silhouette can undoubtedly be considered a furnishing in its own right. Originally, the trumpet-shaped stand and the hemispherical shade served as a reflector, interacting with the light emitted by the lamp and mirroring its surroundings in a playfully distorted and mesmerising manner. In combination with Panton’s signature soft, melting lines, Panthella came to be a visually striking, almost whimsical addition to any interior. 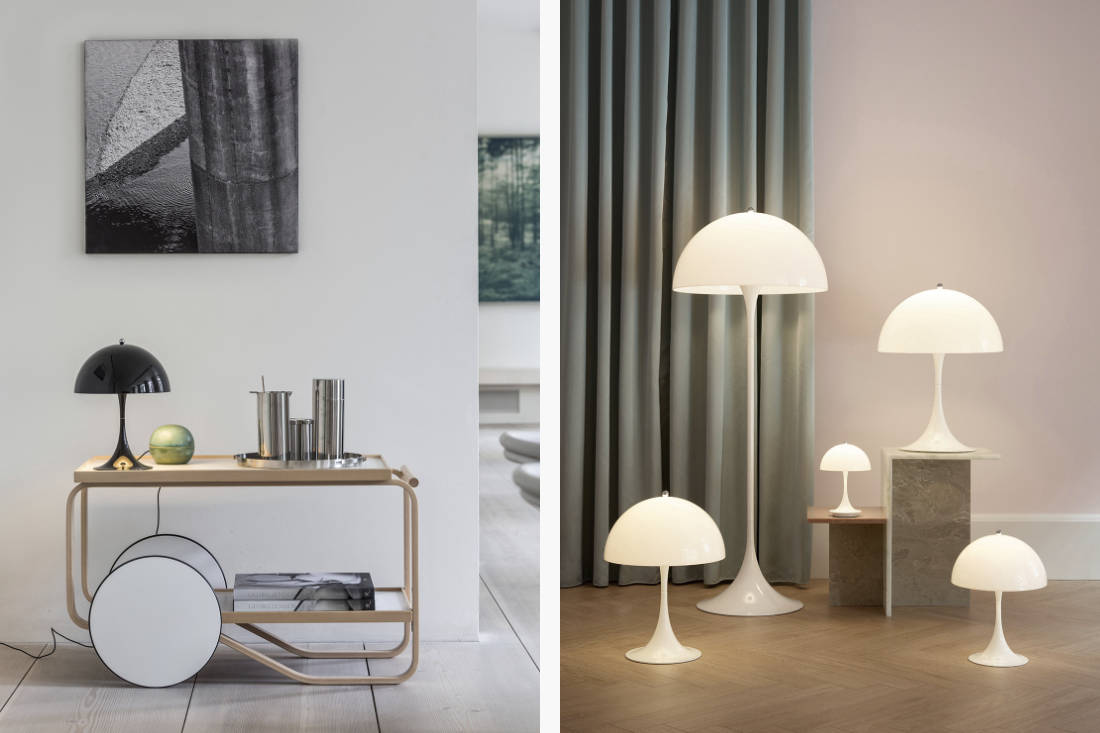 However, it is its soft, comfortable light that creates the charming, mellow atmosphere Panthella is known for. In the opal acrylic version Panthella Floor and Table are available in today, the shade reflects the light downwards, while its translucent finish ensures that the light is diffused through the room from the surface of the shade, producing a soft, captivating light. In contrast, the metallic alternative available in other products from Panthella line directs the light downwards, creating a pleasant illumination thanks to the inner shade being painted white and the reflection from the stem. 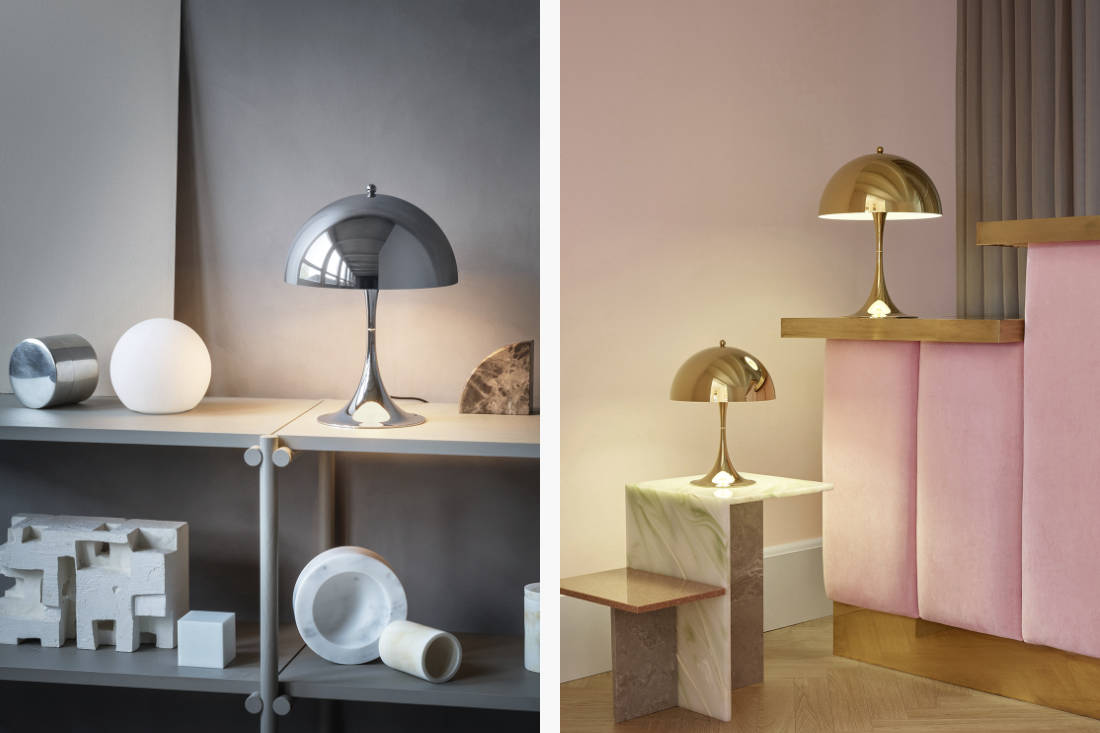 Half a decade after its inception, the iconic design is as relevant and sought after as ever. Because of its popularity, since 1971, Louis Poulsen has further developed the Panthella line – both by improving the design of the original lamps and by adding new Panthellas to the collection. The improved editions of Panthella Floor and Panthella Table today boast a shade holder that works as a diffuser, providing a shadow and glare-free, harmonious illumination. Louis Poulsen has also improved the energy consumption, saving energy and preventing overheating of the diffuser. The brand also adjusted the design of the gatherings between the arm and the base to ensure a consistent, upright position.

Slightly modified through the decades to better respond to the needs of the modern consumer, the timeless mushroom-like shape of today’s Panthella is not only unequivocally in keeping with Panton’s imaginative style, but also in line with Louis Poulsen’s mission to shape light and create a feel-good atmosphere in any space.