Succulent Care: Honestly, it’s as Easy as You Think

Succulents have a reputation for being one of the best, lowest maintenance type of house plant. They are hardy, easy to please, and incredibly cute! Here’s how to keep your succulents looking their absolute best. 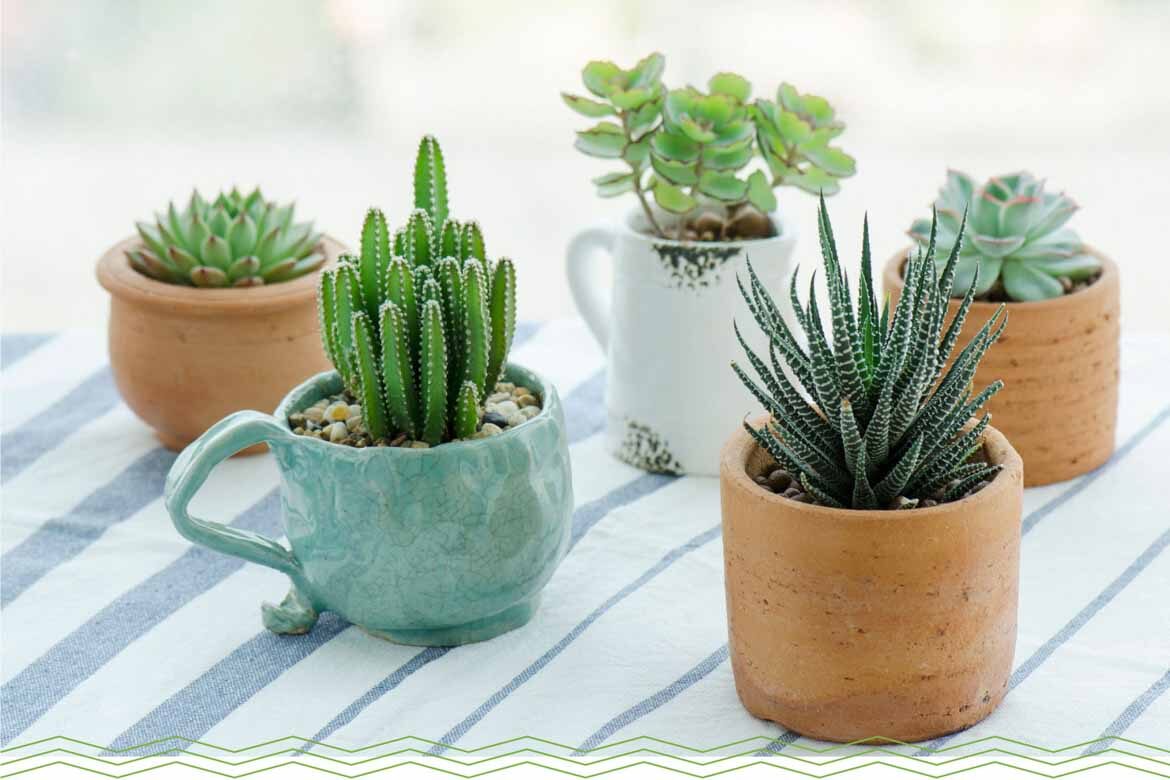 What is a succulent?

A succulent is a type of plant with thickened and engorged leaves which are perfect for water retention in dry environments. Succulent plants are designed to store as much water as possible, often making use of their leaves, stems and even roots to keep hydration levels consistent over long periods of times.

Succulent meaning: the word ‘succulent’ in our modern vernacular also means a blend of the words flavorful, juicy and delicious. This is because the Latin root of ‘succulent’ is sucus, which translates to ‘juice’ or ‘sap.’ The word succulent then naturally evolved to describe something which contained flavour or liquid, leading to the dual meaning of succulent as a broad family of plants and succulent as an adjective to describe flavorsome food or liquid.

The ingenious water-retention design that succulents involved to survive in dry, desert locations also makes them the perfect plant to thrive in a human household. Succulents demand very little in terms of water, sunlight and soil requirements. They are incredibly low maintenance, making them a very popular choice for busy households or for those travel often. They also make excellent gifts as they are non-demanding and do not put pressure on the receiver to maintain them.

For a truly healthy succulent, watering ought to occur once a week in summer, twice a month during spring and autumn, and only once a month throughout winter. However, they can survive on less than this if necessary – underwatered succulents rely on the water stored in their leaves to survive.

There are many different types of succulent plant. To give you an idea of the sheer volume of plants considered to be succulents; every cacti species in existence is considered a succulent, but not every succulent species is a cacti. This is because the category of succulents is extremely broad and filled with many exotic plants. Choosing a type of succulent for your household can be difficult for this many reason; there are just so many to choose from!

There are a few ways to determine which type of succulent might work best for your home or as a gift for someone you know. Firstly; what is your/their plant-care style? Consider whether you are more likely to over or under water a plant. This can help narrow down some of the succulent species because although succulents are low maintenance as a whole, there are some slight differences in the watering or light requirements.

Some succulents are more popular than others, making them much easier to find and purchase. Some such succulent species include burro’s tail, crown of thorns, aloe vera, panda plant, roseum, pincushion cactus, snake plant, zebra plant, and of course the most popular of all, jade plant.

Each of these plants has its own distinct look and set of characteristics which make them a popular choice in modern households.

Another benefits to succulents is that they are mostly harmless to animals. They also have very little nutritional value as they are mostly water, so animals tend to avoid eating or even smelling them.

This is a huge advantage over other plants such as lilies which can cause severe liver problems in cats (even without being digested). For more information about the types of plants which are pet safe and other popular household species, see here.

The 5 best plants for Your Succulent Garden: Terrarium plant ideas

Also known as burro’s tail, this gorgeous plant is a flowering succulent species indigenous to Mexico. It blooms in the summer, producing pink and red flowers. This succulent will thrive indoors and can be styled with many different décor styles. For inspiration regarding wall hanging planters from affordable places like Bunnings, see here.

The Jelly Bean plant is named after its stubby, oval leaves which are shaped like the popular sugary snack. The Jelly Bean succulent is also native to Mexico. This commonly potted house plant has a distinctive reddish hue and each plant has a slightly different colouring.

Native to South Africa, the bear paw succulent is a fuzzy plant with chunky and stout leaves that resemble the padded paw of a bear, particularly with the serrated tips.

This plant is not common in the wild, but is a very popular choice of houseplant for anyone who can get their paws on one. They are quite delicate and have more maintenance requirements than most succulents. Also unlike most succulents, propagation from leaves is not possible for the bear paw plant.

Also known as the Paddle Plant, the flapjack succulent is a charming little plant which has remained a popular household plant for decades. It can grow easily both in and outdoors, and tolerates a variety of conditions. The tips of this plant’s leaves have a reddish purple tinge which varies from plant to plant. They are a great choice for a terrarium or succulent garden.

The moonstone succulent is a lovely, otherworldly succulent currently exploding in popularity for its ethereal beauty. Moonstone terrariums are an Australian and Singaporean favourite, though it is native to the rocky cliffs of Mexico.

How to care for succulents: a general guide to succulent care

Step 1: How often to water succulents.

Succulents generally need to be watered once a week to keep them healthy. Once a week will give them enough time to process the water and store it in their leaves, as well as letting the soil dry completely before the next watering. This may vary depending on the seasons and temperature changes. A general rule of thumb is that watering should be once a week in summer, twice a month during spring and autumn, and only once a month throughout winter.

Yes! The majority of succulents need about six hours of sun per day. This will vary depending on their type – not all succulents require direct sunlight, and most will be fine in indirect sunlight provided that they get the recommended 6hrs. Remember that these plants are native to the desert and sunlight levels have a huge impact on their health.