What you get in a multi-million-dollar London apartment

Mayfair holds the distinction as one of the most prestigious addresses in London, but a new 37-unit residential property in historic Grosvenor Square is stirring up the scene further with the promise of a full-on hotel experience like no other – for those with £$17 to $50 million in the bank. 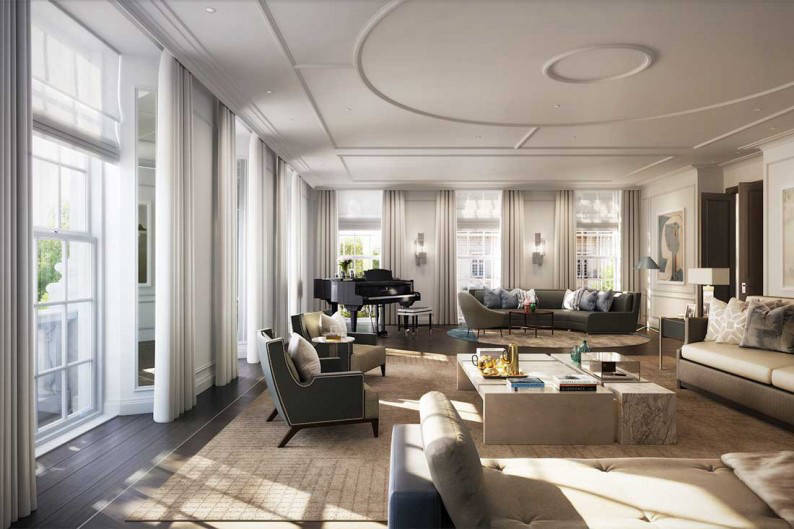 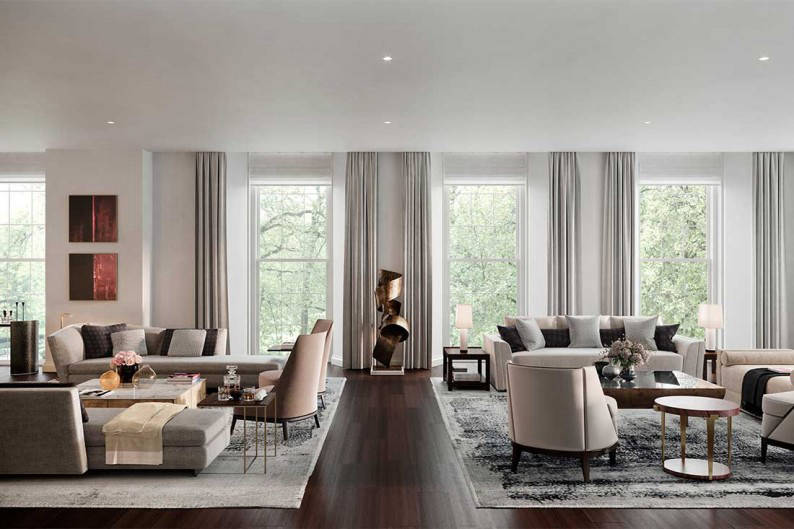 “The Four Seasons was predicated from the time of Isadore Sharp [the founder of the company] to be the absolute pinnacle of service,” says Alex Michelin, CEO of the luxury property developers Finchatton, the company behind the project. “If you read his book, it’s all about service; this is very much in the DNA of the business. [The Four Seasons team] are really great guys, and we worked very closely with them to bring this vision of ours, and theirs, to life.”

Twenty Grosvenor Square holds historic significance – the building served as the former residence of General Dwight Eisenhower during World War II, and was also the former US Naval HQ in Europe from where D-Day was launched. 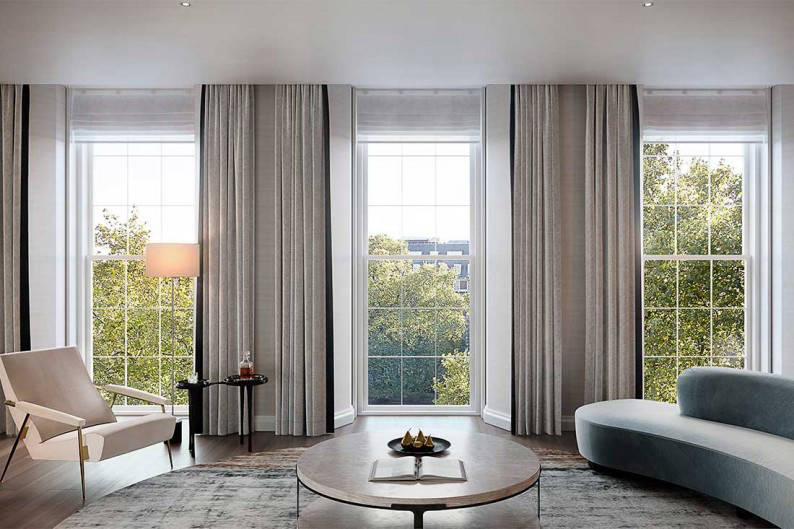 The elegant interiors are designed by Finchatton with three, four and five bedroom apartments featuring classical drawing rooms, soaring ceilings, media rooms, and family and catering kitchens. The building has also been designed to draw as much natural light into the space. “When you enter the apartment the first thing you see is a beautiful window straight ahead. When you turn left, you also see a window, and likewise when you turn right. So we were really thinking about the spaces and the light,” says Alex. 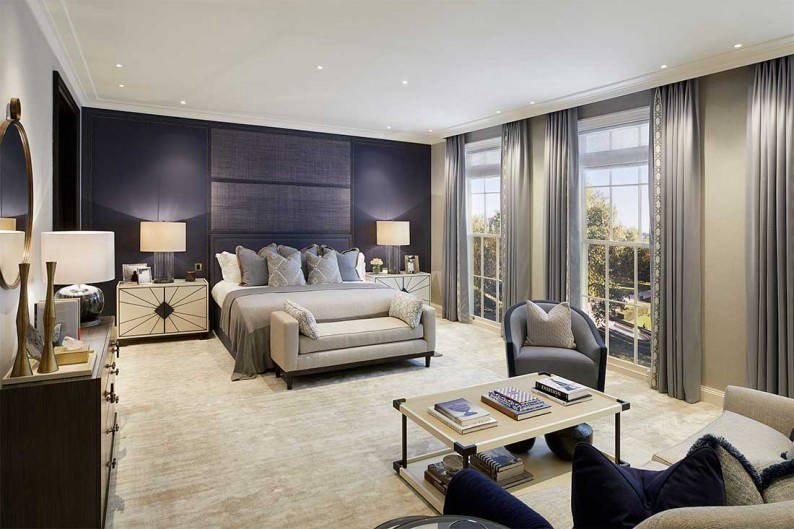 Finchatton partnered with award-winning London-based architects Squire & Partners on this project. The original facade, including the lovely fluting details, has been retained. Says Alex, “This is not a shiny glass tower. The minute you see this building and walk into it, you know you’re in London.” 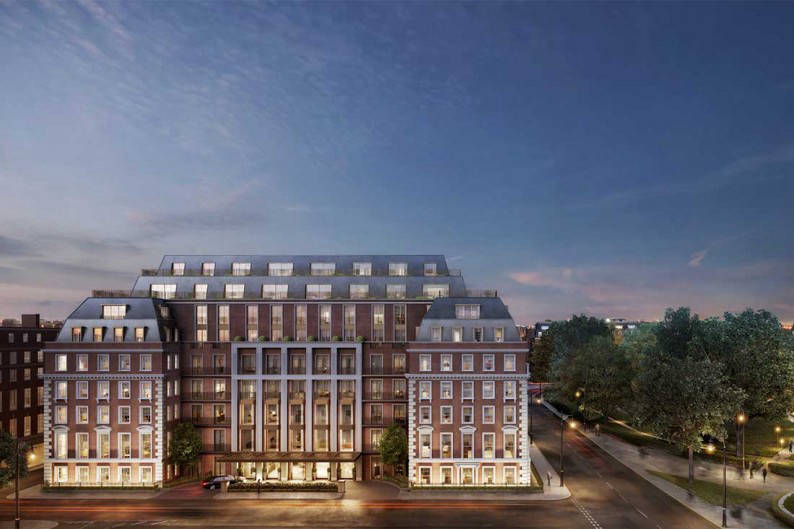 When it comes to the amenities, Twenty Grosvenor Square has everything one can possibly desire. Just a few of the numerous features include a 24-hour 365-day concierge, housekeeping, a $15,000 toilet from Toto, salon and fitness spa with a 25-metre pool, event planning, childcare, pet care, private wine cellar, and a 50-seater cinema. But, there is more. “With the Four Seasons, we have worked hard to create a lifestyle for people who live in this building, and it’s a lifestyle well managed. Not only do you have someone who can do your laundry and clean your apartment, but we have also curated the best nutritionists, health advisors, life coaches, personal trainers, doctors… you name it and you’re going to have this list of people at your disposal.” 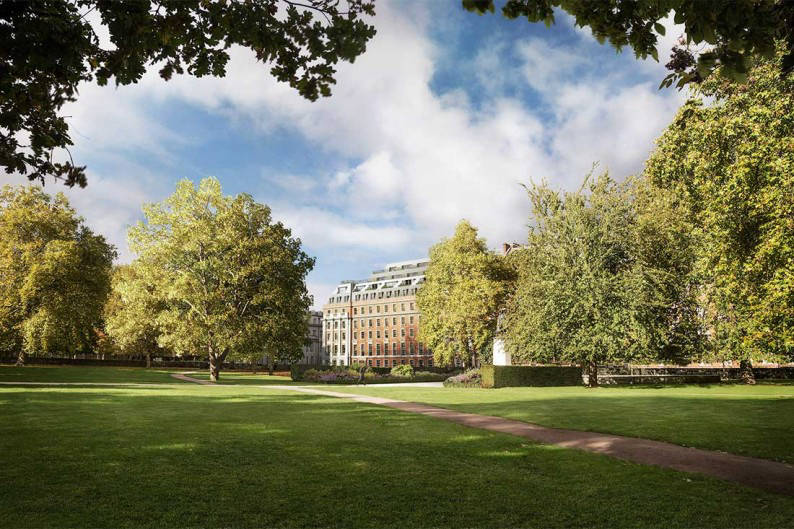 According to Finchatton, service will be seamless and tailored to the lifestyle of each resident. Alex elaborates, “For us, luxury means making everything bespoke for the person who owns the property. That’s the definition of true luxury, when everything has been built just for you.”