From Singapore to Hong Kong and as far as Europe, homes are getting smaller and smaller by the day, especially in major cities worldwide. And when it comes to small space living, some live simply while others put great effort into making their homes as stylish as they are liveable. In this instance, it’s the latter. 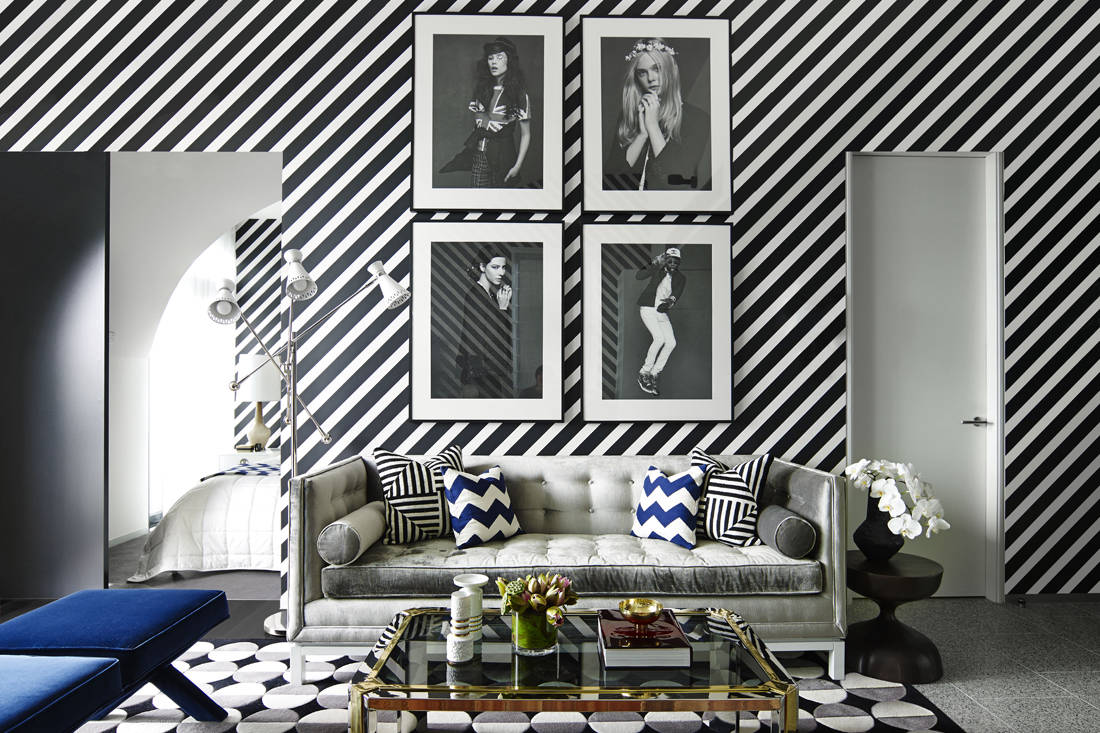 Situated in inner-city Melbourne, this 495 sqft apartment is anything but ordinary. This comes as no surprise as Greg Natale – the multi award-winning interior designer known for his bold application of colour and pattern in creating tailored, glamorous and sophisticated spaces – was charged with the responsibility of making a statement in such a small space. 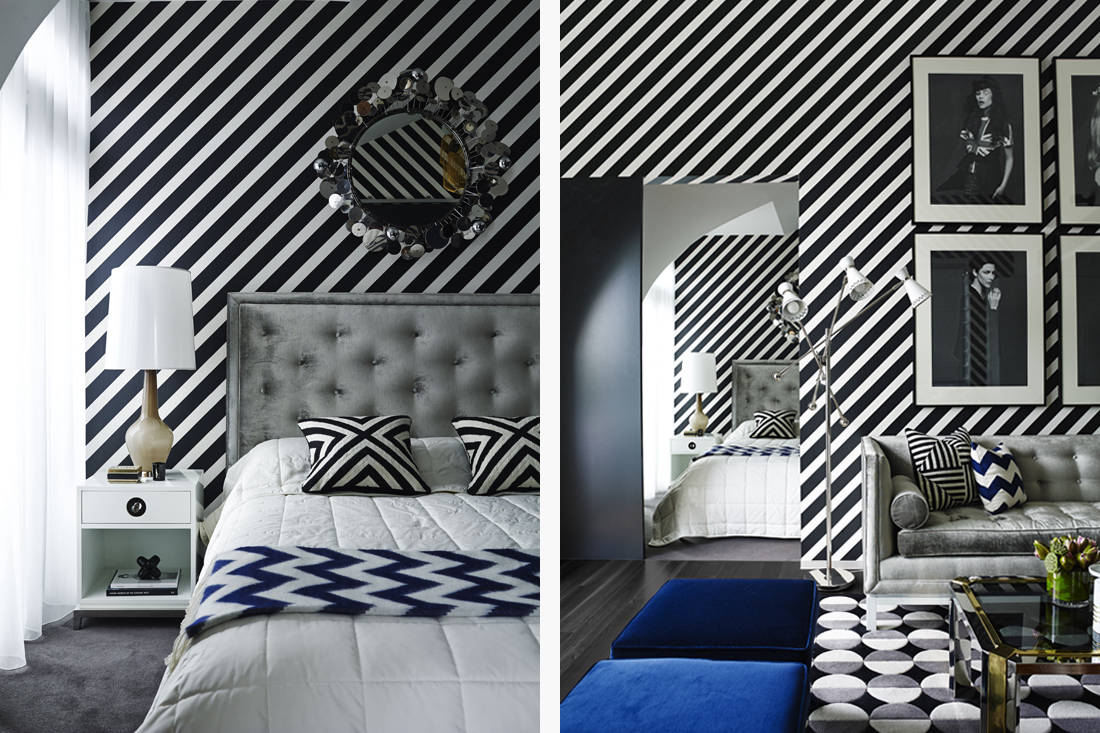 The homeowners love black and were keen on a bold pattern, which Greg masterfully incorporated throughout the one-bedroom apartment. The living room is no doubt the most dramatic space of the apartment. The Australian designer’s use of a diagonal stripe wallpaper – one of Greg’s lines for Porter’s Paints – not only sets the overall design tone, it actually makes the space appear larger. This optical illusion also continues into the bedroom, creating a layered and three-dimensional appearance when the bedroom door is open. 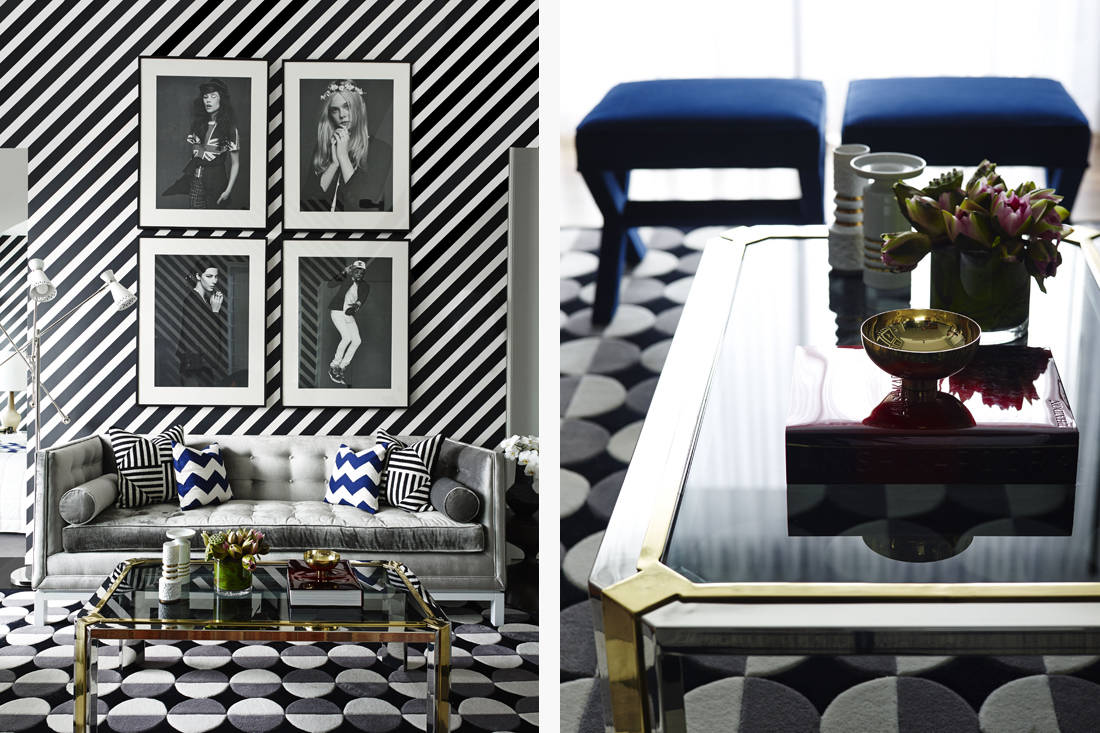 Geometric designs reign supreme in this resident, as evident on the cushions, area rug and throw blanket. Injecting a chic, modern vibe into the apartment are four black and white celebrity portraits that line the living room wall. Apart from adding drama, they help visually heighten the wall, which is very much necessary in this small space. 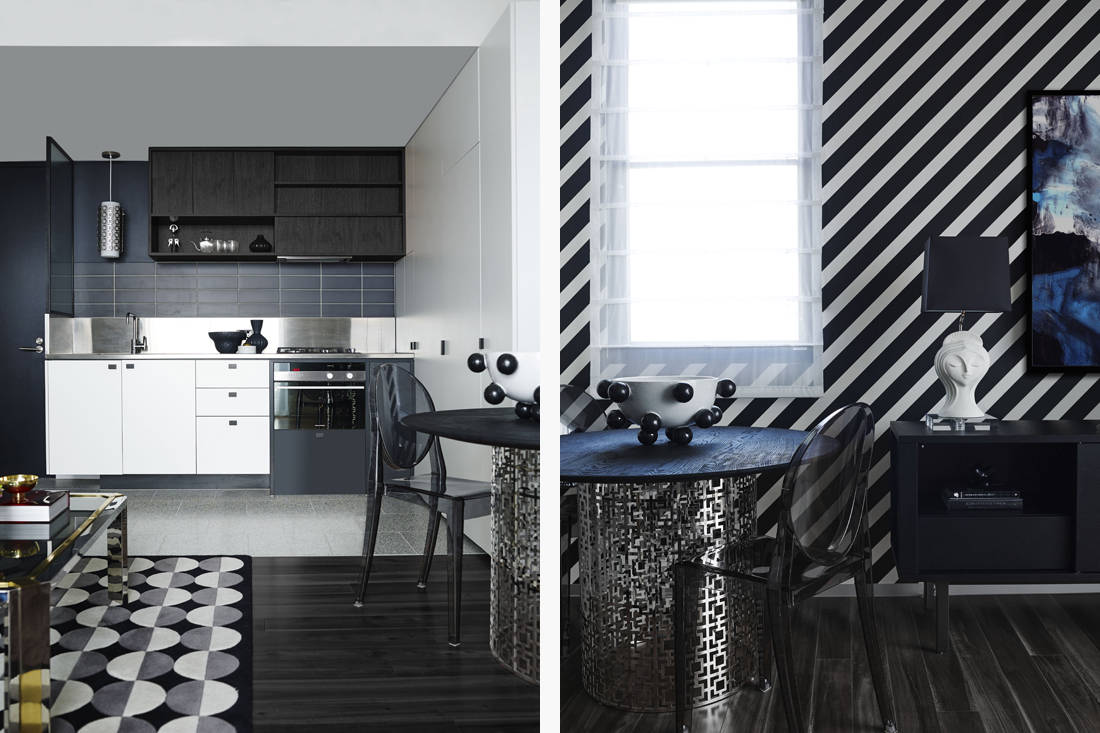 Due to its limited size, furniture placement is key to ensuring that each space can be used comfortably. Smaller pieces of furniture are chosen for their unobtrusive silhouettes, such as a sofa with narrow arms and legs, a low coffee table and stools, transparent dining chairs, and petite, single-drawer bedside tables.

Against the black and white palette, washes of grey and the occasional punch of vivid blue ensure the effect is bold and cohesive without appearing crowded. It is this skilful pairing of boldness and subtlety that makes this dwelling, like many of Greg’s designs covetable.