Versaform injects colour and geometry to this new condominium to create the illusion of a bigger space and taller ceilings. 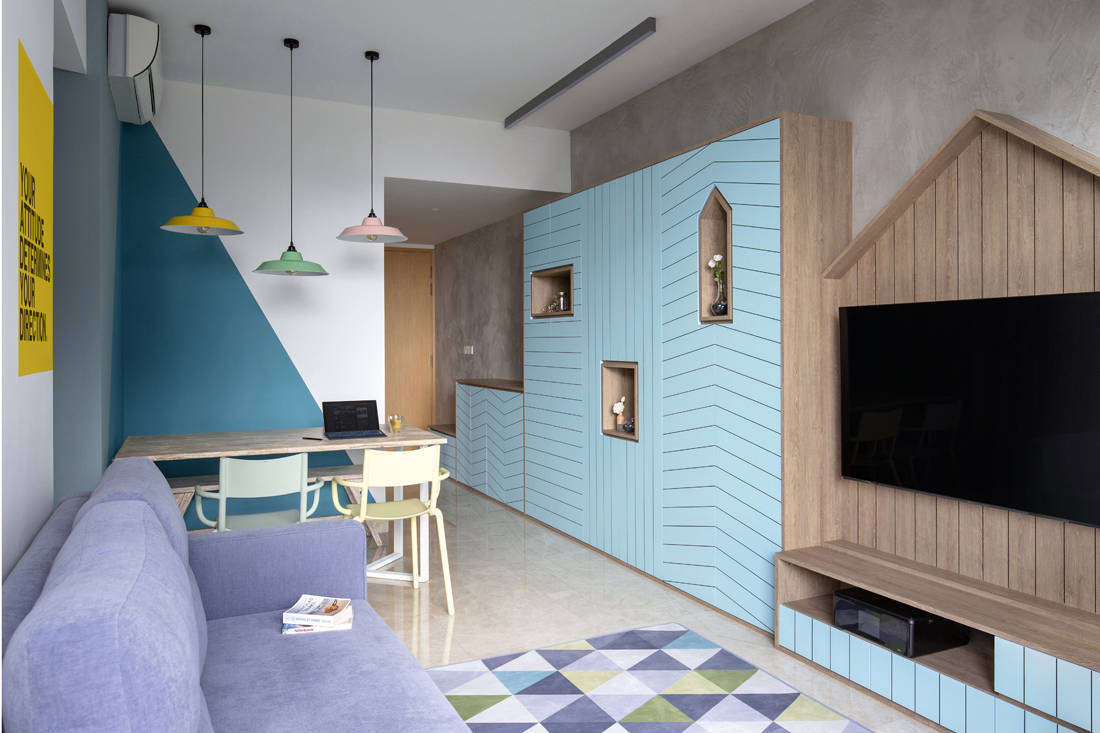 When dealing with a home of limited floor area, most people would rather play it safe with basic design accents and simple neutral tones. The homeowners of this new, modestly-sized condominium unit, however, wanted to be adventurous with the design and colour schemes. “They asked for colours and geometric shapes,” says the Versaform design team who was appointed to work on the renovation. “They wanted something out-of-the-box. “ 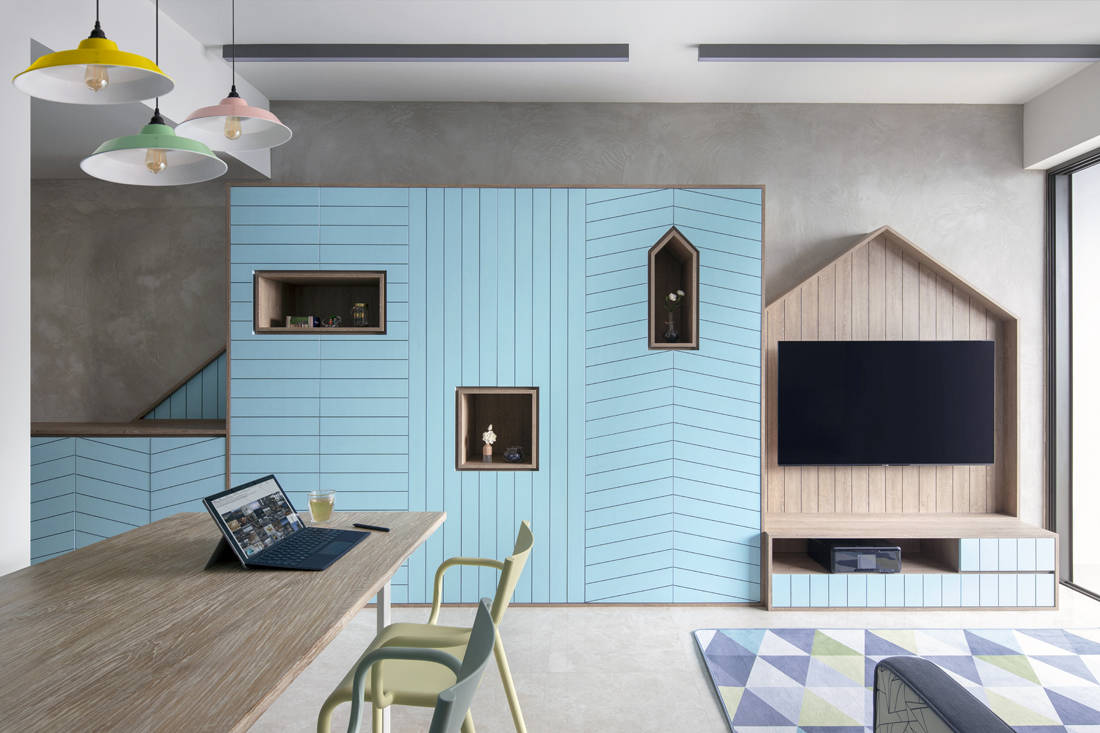 To make a ‘lofty’ impression in the living area, the designers conceptualised an outstanding structure which integrates the TV console, storage and shoe cabinets into one. It is assembled to form the shape of a house. Interesting as it is, the designers had to ensure that the structure does not add visual bulk to the space. They say: “Leaving openings such as the open shelves as ‘windows’ and not extending the carpentry works to the ceiling really helped a lot.” They also applied blue laminate strips in different orientations – vertical, horizontal and chevron patterns – for the cabinetry doors. Against the cement screed wall treatment, these design touches stand out without closing the space in. 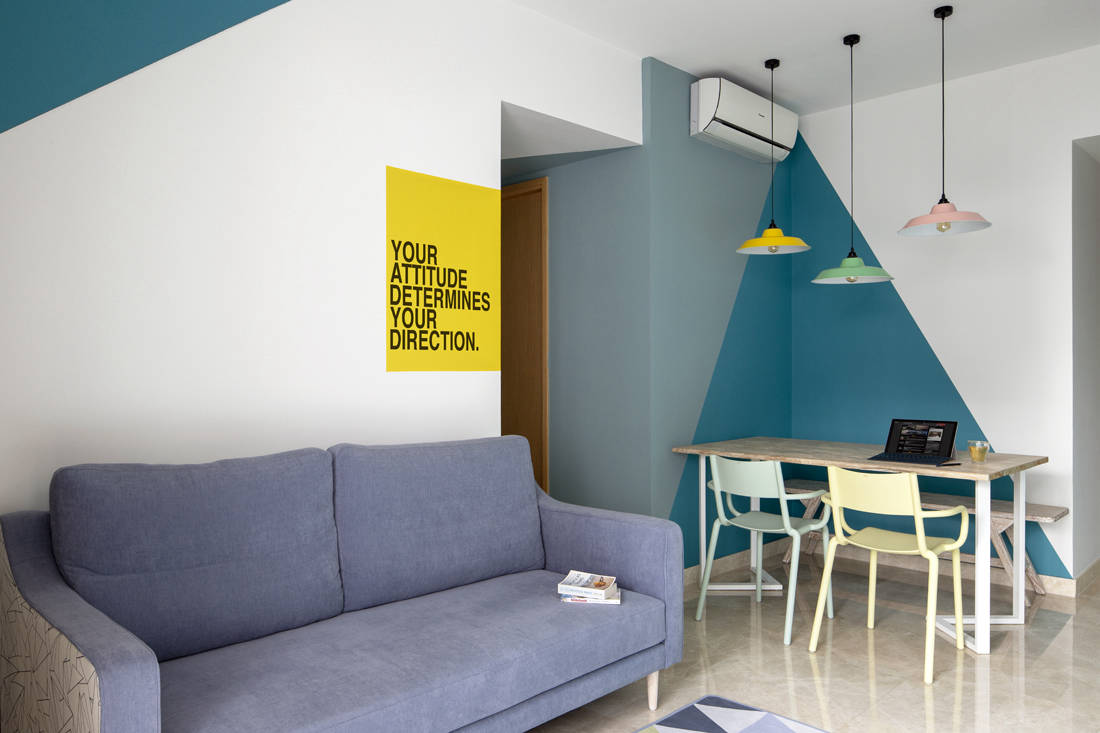 To play up the visual interest even further, geometric shapes are painted on the walls in the shared living and dining zones. This play on design angles creates a fitting focal point for the space and sets the tone for a playful Scandinavian style. This creative approach can also be seen on the ceiling, especially along the passageway to the bedrooms. 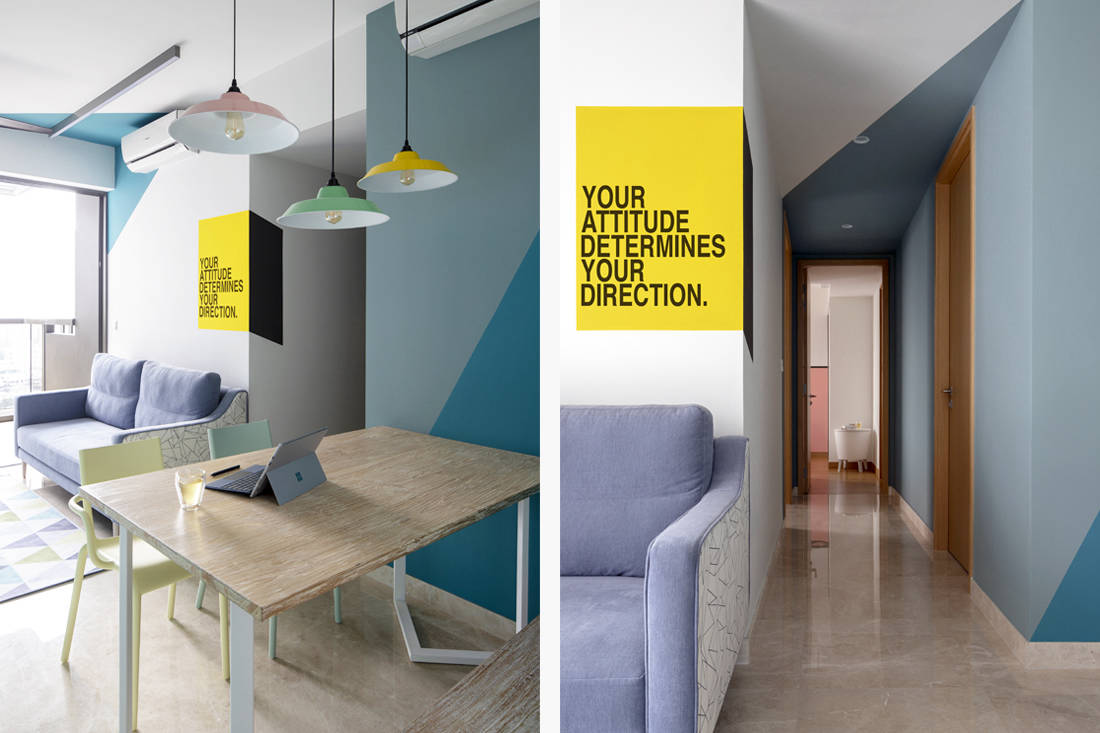 “This serves as a visual trick to elongate the passageway,” says the team of the angled paint application. This friendly shade of mid-tone blue also complements the Blafink sofa with graphic prints at the side below the armrest. 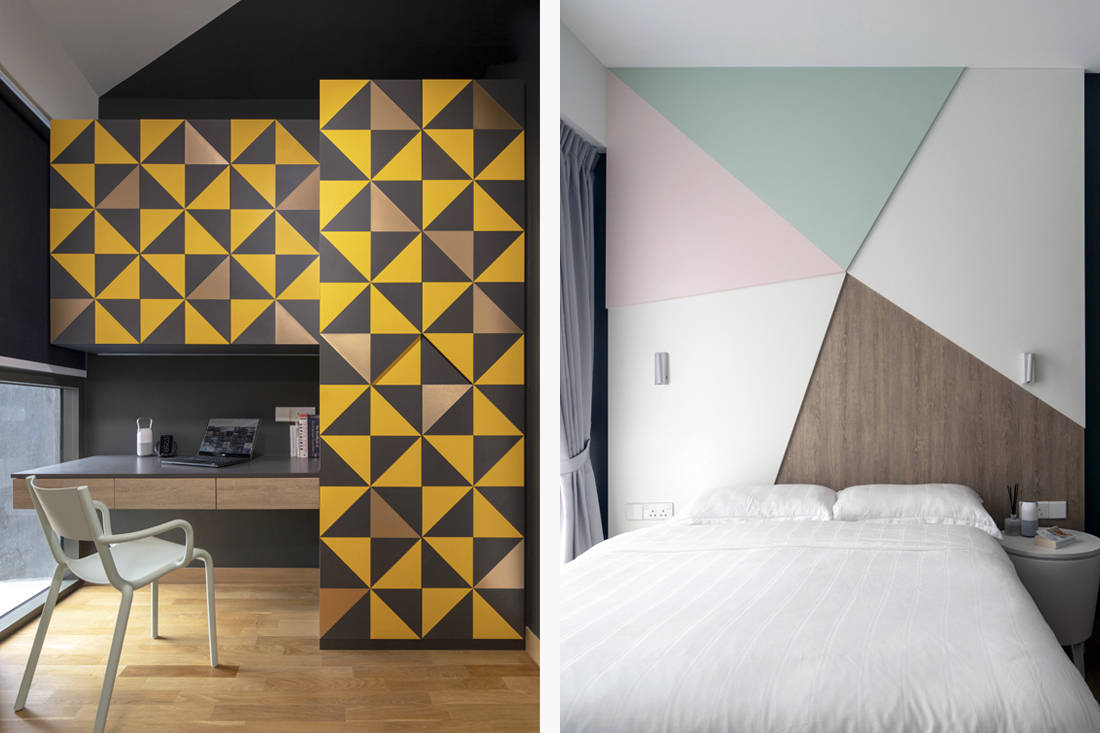 While the carpentry works in the living room appear complicated, it was the cabinetry in the study room that was the most challenging to materialise in real life. What started out as a rudimentary design became something far more extensive to execute. The designers remark candidly: “We were just trying out different configurations when we chanced upon this constellation of yellow, black and copper triangle accents.” They then showed it to the homeowners, fully prepared for it to be rejected, but their clients like the striking design. Execution was no easy feat; piecing together the different laminates took tremendous effort. It was not a futile attempt since this cabinetry with recessed handles now sports a one-of-a-kind design that is fully functional. 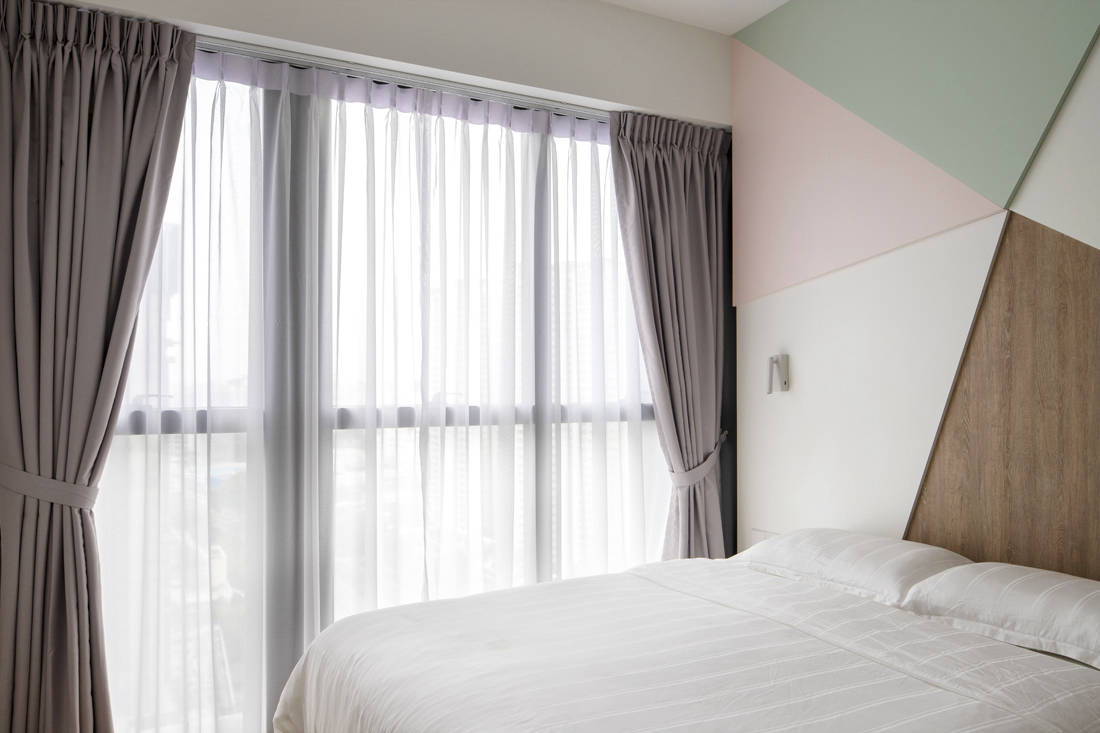 Things take a serene turn in the master bedroom. Different laminates of varying tones and thicknesses have been arranged to form a full-height headboard. “We put together pastels and woodgrain textures for an asymmetrical design feature that will catch the eye, yet evokes a soothing quality,” says the team. With that, the homeowners get to enjoy a bedroom with a well thought-out design; as with the rest of their living space.