A humble stable transformed into an elegant family home

A medley of exterior and interior amendments have resulted in a refined family home that harks back to its equestrian past.

“It’s never been substantiated but this house is known as being part of the original stables for the Labassa house [mansion] down the road,” explains Robson Rak principal Chris Rak about the firm’s recently completed Stables House in Caulfield North, Melbourne. The original building had been converted into flats in the 1920s and then back to a single house in the 80s, and as such, suffered from a number of structural and spatial challenges. 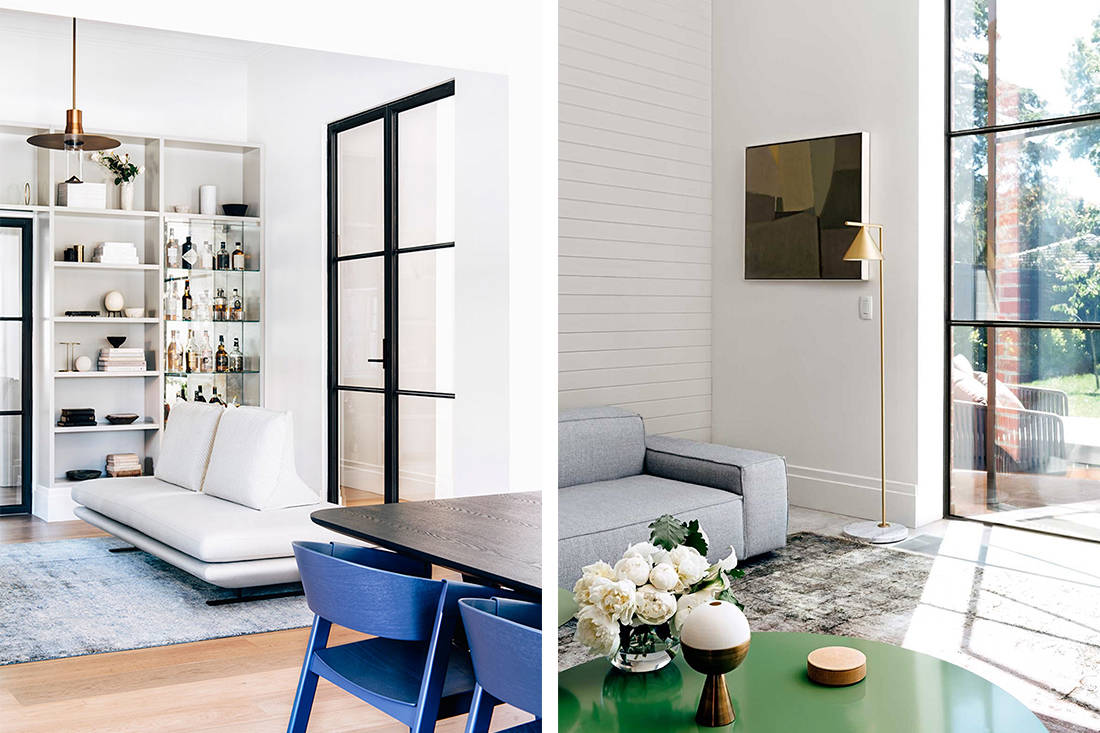 “The client brief was to clean up the various conversions and refine it into a low maintenance family home to see the family into the future for generations to come,” says Chris. “Our personal challenge was to not take away from the original fabric and various historical additions to the property.”

As a result, the team restored and repaired the period features and external surfaces of the house. “As you can see from the external images, we did not over-restore the original fabric of the building,” says Chris. “We purposefully allowed the original patch-ups to the building to be on show. We fixed/restored and made good where necessary, but in a very honest way. 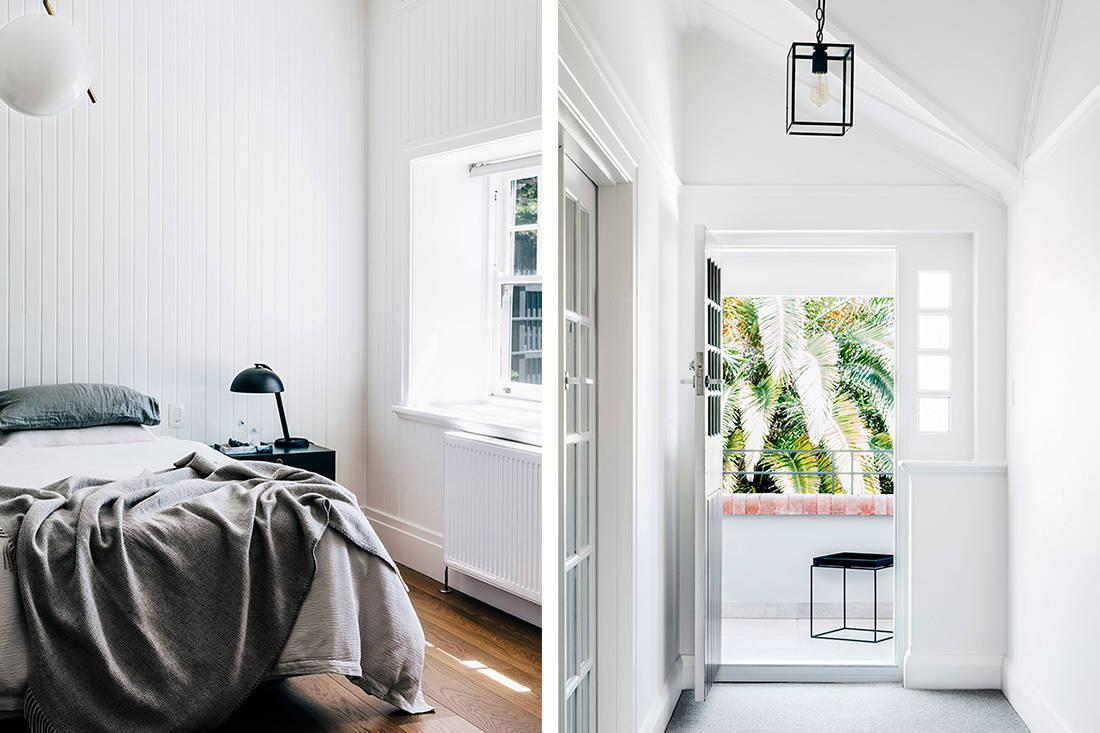 It would have been very easy and tempting to re-tuck or render the building facade and disguise the various additions, but we chose not to do this; in line with our minimal, pared-down aesthetic.”

In contrast, significant changes were made to the internal layout to create seamless connections between the living spaces and the outdoor areas. These included creating enlarged openings between the sitting and dining rooms; “a big hole” on the northern side of the house to create space for a large pantry, laundry and powder room; an enlarged opening on the eastern side of the house engendering a good flow from the living room and family room to the back yard and an opening on the southern façade which now features large, steel glass doors connecting the kitchen and veranda. 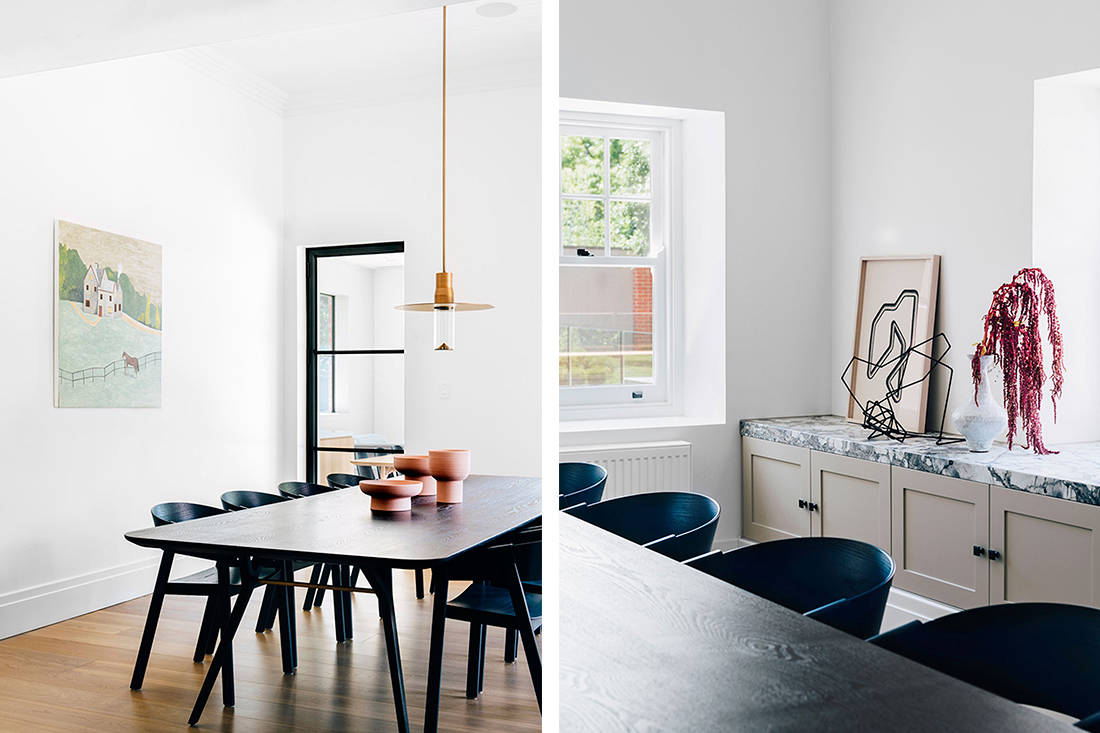 The plan also allowed for the addition of an extra bathroom/toilet and linen store on the first floor and another opening on the eastern side of the dining room wall which features a traditional timber window to draw additional light into the dining room. A new, large skylight above the kitchen has the same effect. 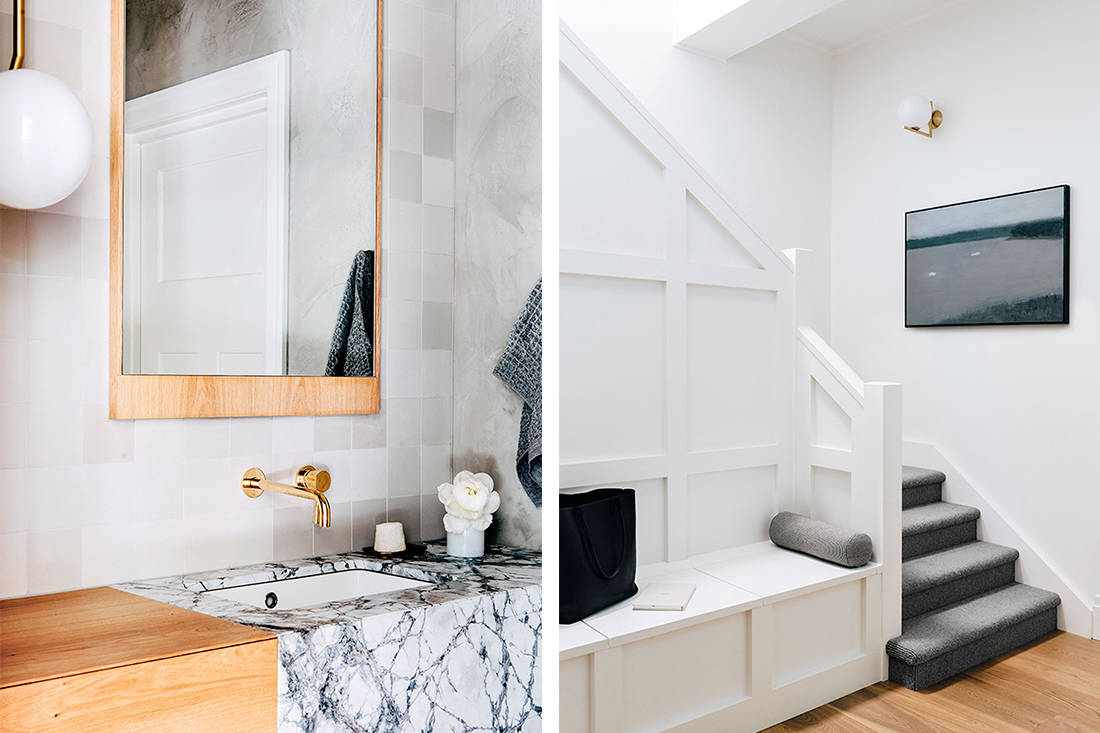 In line with Chris’ aforementioned penchant for more a pared down aesthetic, the house exudes a restrained sense of luxury. “This was our intention,” confirms Chris. “The proportions of the house are quite grandiose [3.7 metre-ceilings, triple brick walls], so we pared it down to avoid it [the interiors] looking ‘greedy’. Also, with three active kids and a dog, a low maintenance home was a necessity.” 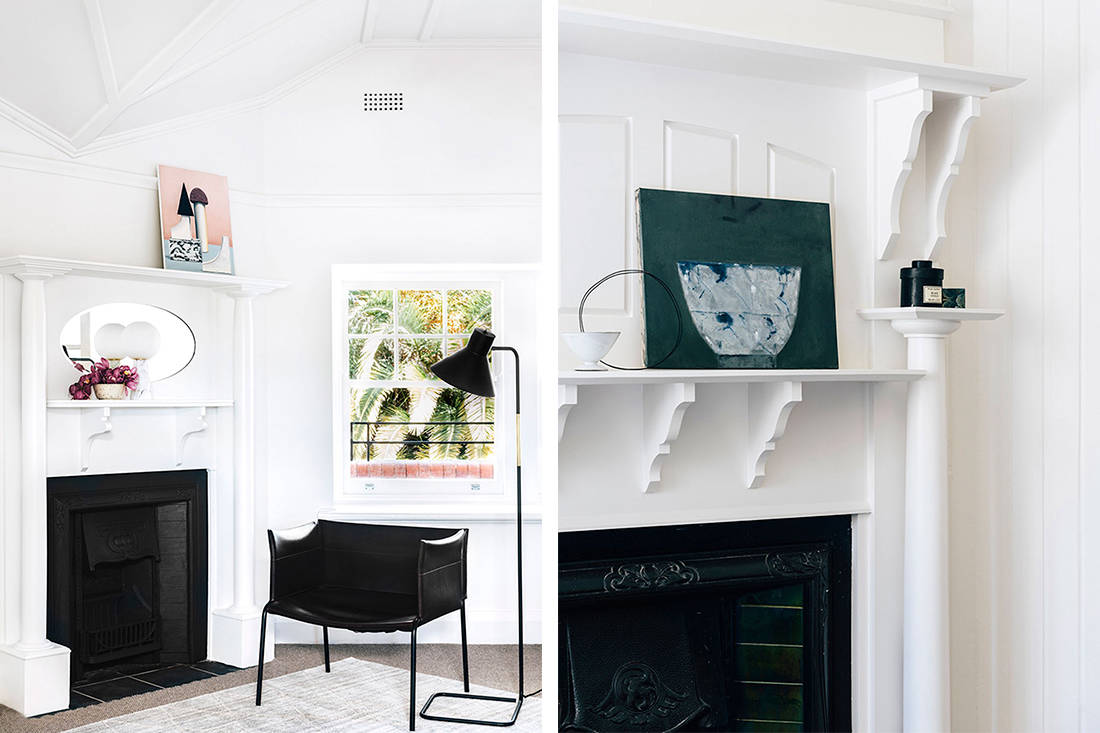 As a result, the house boasts a refined display of elegant yet practical, custom-made joinery elements. “In the kitchen, which correlates with a textured, wood-panelled, stables aesthetic, we carried 3.7 metre-high lining boards down to the entire face of the kitchen and adjacent wall/window surround area creating the overhead joinery cupboards and bench cupboards from the very same ceiling lining boards,” explains Chris. 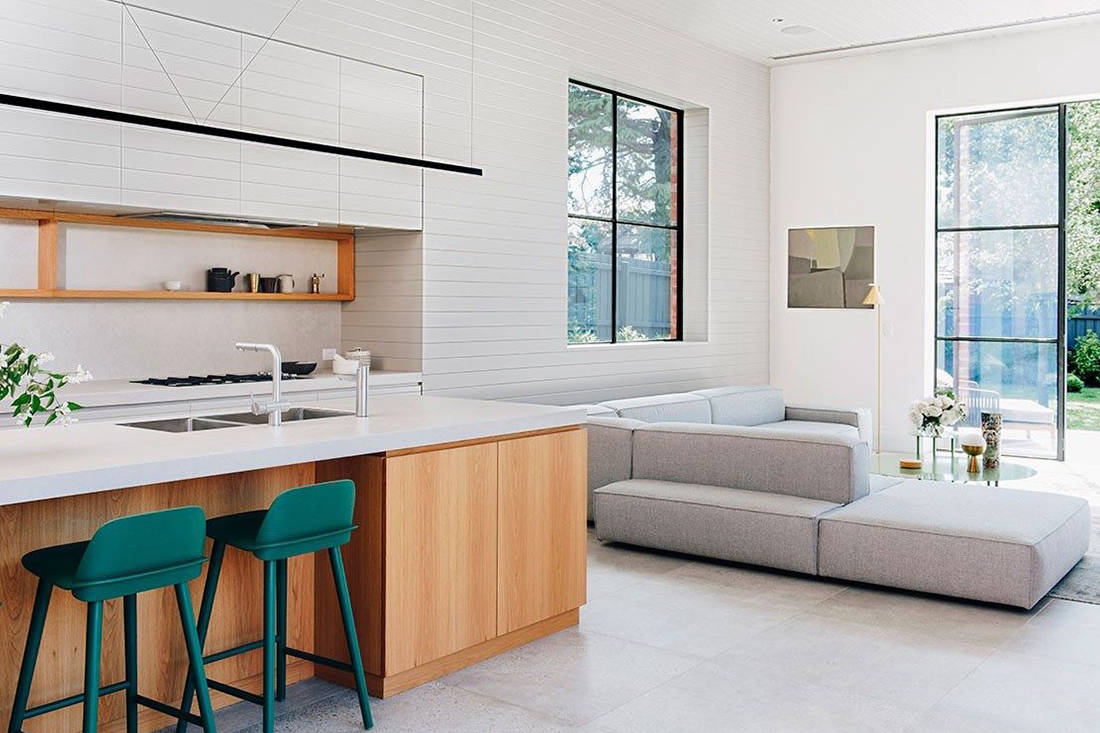 “It’s very dramatic and textured and a nod to a stables aesthetic but also a very minimal and reductionist attitude to design.” 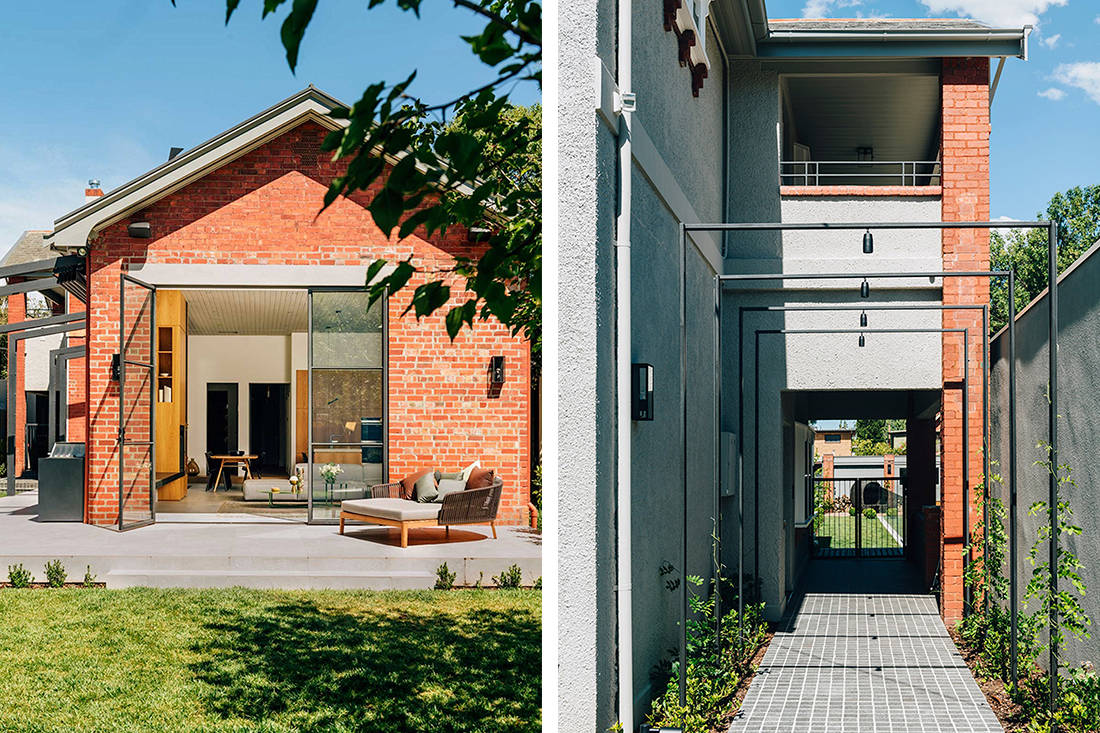